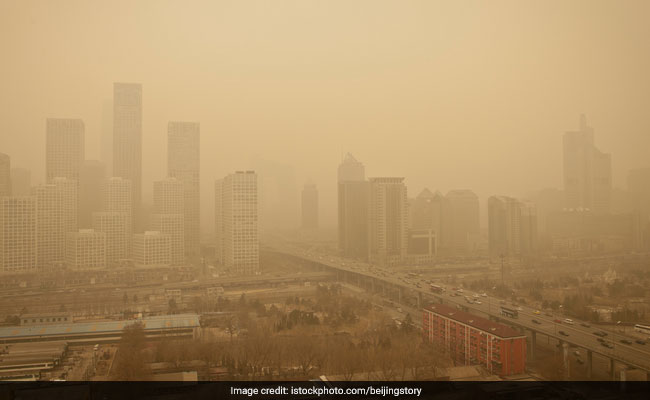 New Delhi: Air Quality remained outside the ‘severe plus’ category on November 15 and if the trend prevails, emergency measures such ban on construction and entry of trucks may be lifted. The Environment Pollution (Prevention and Control) Authority, a Supreme Court-appointed panel, said it may withdraw all the measures enforced under the ‘severe plus’ or emergency category of the Graded Response Action Plan (GRAP) if pollution remains under control. The 24-hour average air quality index (AQI) of the Central Pollution Control Board (CPCB) was 361, which falls in the ‘very poor’ category, showing a marginal dip as compared to yesterday when it was 308, the best in a week.

In a major development, the Centre announced that it has preponed the introduction of ultra-clean Euro-VI grade petrol and diesel in the national capital by two years to April 2018 to help fight air pollution. Even as air quality remained out of emergency category, Delhi Chief Minister Arvind Kejriwal and his Haryana counterpart Manohar Lal Khattar met in Chandigarh and resolved to put in “sustained efforts” to prevent a repeat of the recent smog episode in 2018.

The hourly-graph of the Central Control Room for Air Quality Management, which tracks the levels of PM2.5 and PM10, also captured the declining trend. PM2.5 and PM10 concentration was recorded as 198 and 307 microgrammes per cubic metre.

The corresponding 24-hour safe standards are 60 and 100. Pollution is considered severe plus or emergency when these readings are above 300 and 500 respectively. According to the Centre-run monitoring agency SAFAR (System of Air Quality And Weather Forecasting And Research), air quality is improving as strong surface winds is aiding pumping out accumulated pollutants.

However, it said there might be a dip in quality and the AQI may settle in the upper side of ‘very poor’ from November 17 due to meteorological conditions including a fall in temperature and entry of moisture. “But as the speed of wind in the upper layer of the atmosphere is low, possibility of incursion of pollutants from external sources such as stubble burning is very less,” a SAFAR scientist said.

The process was carried out using a hose pipe that was connected to an overhead tank. The Delhi government’s petition to the NGT on odd-even, seeking a review of its order withdrawing the exemptions given to two-wheelers and three-wheelers, will also come up before the tribunal.

Also Read: The Biggest Contributor To Delhi’s Air Pollution Can Be Utilised And Need Not Be Dusted Away

The fresh petition has also sought a direction from a bench headed by NGT Chairperson Justice Swatanter Kumar that the neighbouring states should also be asked to implement the scheme.

The emergency measures continue to be in place. However, the South Delhi Municipal Corporation To Withdraw Parking Fee Hike From Tomorrow: Official, which were quadrupled a week ago, will now be restored to the previous rates from tomorrow. The North and East Delhi corporations, however, said, they will continue with the revised rates.