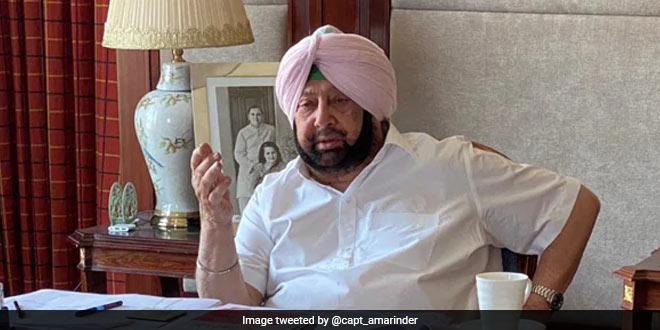 Chandigarh: Punjab Chief Minister Captain Amarinder Singh on Monday (November 2) ordered the expansion of contact tracing of positive patients to 15 persons and made it mandatory for hospitals and radiology labs conducting CT scans to report such patients to the state administration in case of suspicion of Coronavirus. As per the official release, the move is part of a slew of measures taken by the state government to strengthen the COVID management systems amid the apprehension of the second wave.

Further, to streamline and prioritize the process of COVID vaccination, the Chief Minister ordered a state-level 3-tier vaccine supervision mechanism, comprising a steering committee as well as state and district task force, to be put in place,” the release said.

It said that ‘in sharp contrast to some other states that are depending heavily on the less reliable Rapid Antigen Testing (RAT)’, the Chief Minister directed the Health Department to make RT-PCR the rule, with RAT to be treated as an exception, while ordering another Sero Survey to assess the ground situation.

He stressed the need to make arrangements for walk-in testing at multiple points and asked the Health Department to consider branching out testing by scaling up local initiatives like Mohali’s out-door testing, the release stated.

The Chief Minister further asked the state Health Department to get information from private and public hospitals regarding COVID mortality and complete the audit by November 9, so that remedial action can be taken by mid-November.

Emphasising the importance of ensuring preparedness for a second wave, he also directed the Department to meet manpower shortage, especially in L-II facilities, by filling all gaps in mission mode. Those who have been selected must be immediately given appointment letters and asked to join, he said, in response to a concern expressed on this count by Health Minister Balbir Sidhu, said the release.

Chief Minister also urged organisers of social and religious congregations, that have been permitted, to also encourage the participants to get themselves tested.

He asked officials to encourage citizens organisations and NGOs, and also to reach out to people through the Lok Sanjhedari program, to discourage the use of firecrackers this Diwali season, it said.

To ensure that distribution of the vaccine, once available, is prioritised among the vulnerable groups, including health workers and people with co-morbidities, Amarinder Singh ordered the constitution of a State Steering Committee, to be headed by the Chief Secretary, with monthly meetings to supervise the progress.

He also ordered that a State Task Force, headed by Principal Secretary Health, shall hold meetings every fortnight, while at the district level, the Districts Magistrates will head the District Task Force, which will meet on a weekly basis.

Stressing the need for extreme caution and extensive testing so that the situation, which has improved in recent weeks, does not aggravate, the Chief Minister said the positivity rate had come down to around 2 per cent but the state could not afford to be lax under any circumstances. He stressed the need to increase surveillance and strictly follow COVID-appropriate behaviours till a safe and effective vaccine is available, it stated.

The Chief Minister asked the concerned departments to dedicate the month of November to carry out testing of all staff, including health, police, revenue, and other civilian staff.

He said his government had already sanctioned approximately Rs. 900 Crore for COVID response and added that funds will not be allowed to become a constraint for ensuring full preparation and best response. He directed the Health Department to increase testing to 30,000 a day, with at least 100 tests per lakh population, the release stated further.

The Chief Minister said at least 50 per cent samples should be from these categories and directed the Health and Medical Education departments to come up with weekly sampling and surveillance plans indicating focus area.

Hot Or Cold Weather May Have No Significant Effect On COVID-19 Spread: Study