Diarrhoea is still a major factor impacting improvements in Under-5 Mortality Rate and Infant Mortality Rate globally. World Health Organization states that Diarrhoea is the second leading cause of death in children under five years old. It also adds that globally, each year, diarrhoea kills around 5 lakh children under five. Moreover, it states that globally, there are nearly 1.7 billion cases of childhood diarrhoea disease every year. However, the irony is that this disease is both preventable and treatable.

In India, the prevalence of diarrhoea stands at 9.2%, with Bihar (14.7%), Meghalaya (10.4%), Orrisa (9.7%), Maharashtra (8.9%) and Ladakh (8.5%) showing the highest prevalence. Uttar Pradesh has shown remarkable progress in its fight against diarrhoea, with the prevalence of the disease in Under-5 children reducing from 15% in NFHS-4 to 5.6% in NFHS 5 (National Family Health Survey). However, the continued persistence of the disease has implications for the overall growth and wellbeing of the state’s children. Uttar Pradesh still carries a high burden of stunted children, at 39.7%, behind Meghalaya (46.5%) and Bihar (42.9%). Diarrhoea has a major impact on malnutrition, with each episode and each day of diarrhoea having a multiplicative effect on the odds of stunting, particularly in children below 2 years of age.* To overcome these statistics in the state of Uttar Pradesh, Dettol Banega Swasth India has developed an innovative model to combat this scourge – Diarrhoea Net Zero Programme that aims to prevent, promote and treat diarrhoea disease in the state.

The programme was launched recently in the presence of Deputy Chief Minister of Uttar Pradesh Brajesh Pathak. 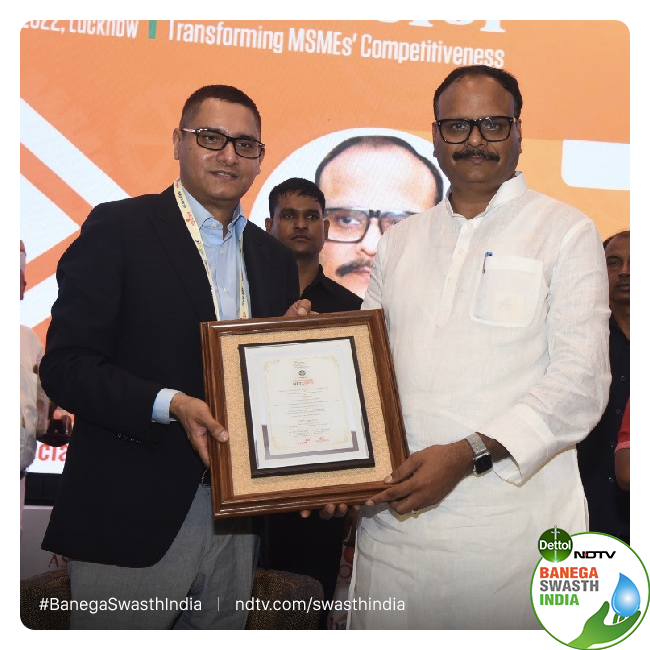 Uttar Pradesh is doing tremendous work for the upliftment of its economy and for its people. We are truly proud to have worked closely with the State Government to fulfil Honourable Prime Minister of India Narendra Modi’s vision of creating a ‘Swachh and Swasth’ India with our programs. In the last 7 years we have touched the lives of over 10 million children in Uttar Pradesh. To further strengthen this relationship, we aim to launch India’s first Diarrhoea Net Zero program with the support of Honourable Chief Minister of Uttar Pradesh, Yogi Adityanath. Our vision with this program is to ensure that there are Net Zero Diarrheal deaths among Under 5 children in Uttar Pradesh. 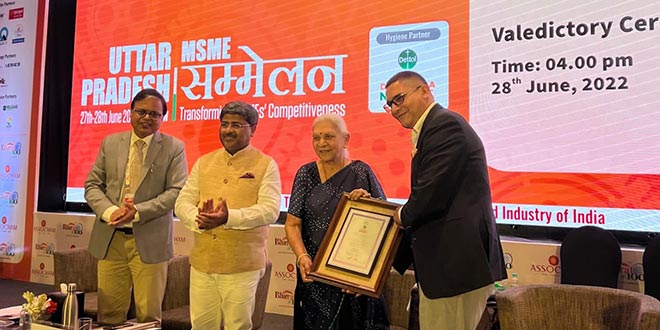 Uttar Pradesh has shown remarkable progress in several health indicators and has been recognized as the top-ranking state in incremental progress on health by NITI Aayog. Dettol Banega Swasth India, Reckitt India’s purpose programme has been a partner to the state’s development journey for the past 7 years in field of hygiene, health and sanitation. Recognizing the role of health as a foundation for development, the programme aims to further increase its depth and breadth of engagement in the state in the next 3 years by rolling out initiatives like Dettol Diarrhoea Net Zero, which will focus on preventing under 5 mortality due to diarrhoea by following the WHO 7-point plan. 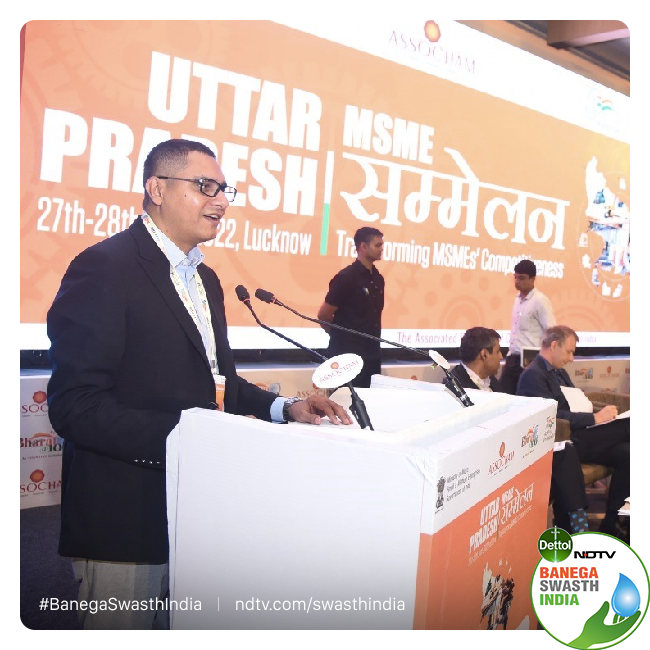 – Develop a scalable, replicable model based on the WHO 7-point plan that becomes a demonstrable model for the state and country. The 7 points are:

– Addressing delays in timely identification, treatment, and referral of diarrhoea cases through a model that combines digital, on-ground and blended interventions

Earlier, Dettol Banega Swasth India programme was launched in four districts of Uttar Pradesh – Pilibhit, Bahraich, Shravasti and Balrampur. The interventions of the pilot programme from 2015-2022 has helped achieved the following in the state:

– In 2016: Through Community Project, 100% awareness of Importance of hand washing was achieved and there was a 22% increase in hand washing habits in intervention districts

In the year 2022-23, the programme will cover 13 intervention districts across 9 out of 18 divisions of Uttar Pradesh, covering 21% of the state’s population and addressing 26% of the burden of diarrhoea. 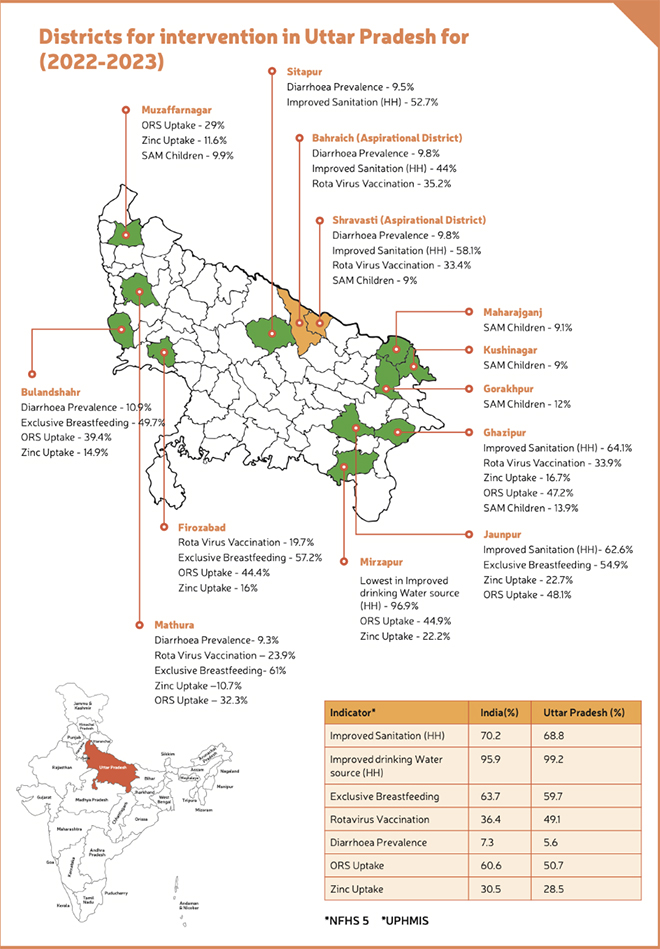 The programme will also address the 3 delays in the treatment of diarrhoea:

1. Delay in deciding to seek care on the part of the individual, family or both

3. Delay in receiving adequate care at the health facility

In the next 3 years, the programme will directly impact 10 million people across Uttar Pradesh with the intervention package and will cover the state of Uttar Pradesh with a targeted communication strategy, following the proposed theory of change.

The programme will also work with healthcare providers in the public and private sector to improve zinc and ORS consumption during diarrhoea. It will also help raise awareness in the community to reduce time to treatment and prevent under-5 deaths due to diarrhoea.