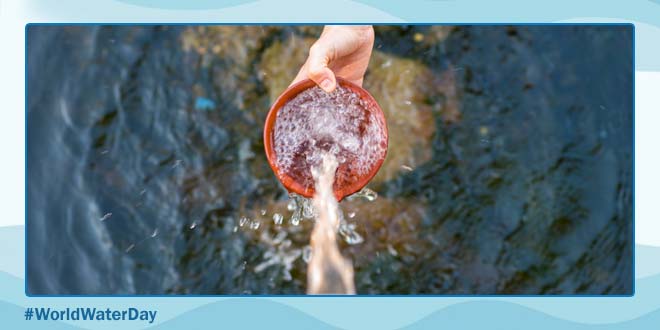 Mumbai: Did you know that India is the largest user of groundwater in the world? According to a World Bank report, India uses an estimated 230 cubic kilometers of groundwater per year. If this trend continues then in the next 20 years, 60% of all India’s aquifers will be in a critical condition. And this will affect sustainability of agriculture, long-term food security, livelihoods, and economic growth. Concerned with depletion of groundwater during a severe drought in 2003, an NGO in Coimbatore took it upon themselves to preserve the valuable but diminishing resource.

The city has almost 70 per cent of the 9.58 lakh households extracting groundwater through borewells for domestic uses. In early 2000s when Coimbatore was going through a drought-like situation, people excessively and frequently pumped water to meet their needs. As the groundwater couldn’t replenish itself due climate change and excessive usage, the levels dropped by 30-40 per cent.

In Coimbatore, though the government provides water from natural water resources, Siruvani and Pilloor dams being the major sources, groundwater is something that is meant to act as insurance during a water crisis.

With this very thought, Siruthuli, an NGO chalked out a city-wide plan to recharge the depleting groundwater levels through Rain Water Harvesting (RWH) system.

Though Coimbatore is blessed with adequate rainfall as a whole, there are large swathes of dry, drought prone areas. In many other places the quality of groundwater is not good and it is at such places that rainwater harvesting can provide lifeline water for survival, says Vanitha Mohan, Managing Trustee, Siruthuli.

The organisation, with a working staff of nine people, carried out a Geo-hydrological study in 2004 to assess the feasibility of construction of rainwater harvesting structures to enable recharging of groundwater table with the available run-off water that flows on the roads/streets of Coimbatore city. The organisation recommended having atleast 2,000 RWH structures across the city.

With the help Coimbatore Municipal Corporation, the NGO identified several sites and in the last 14 odd years, a total of 600 structures have been constructed with financial support from corporates, individuals, private enterprises and the civic body.

Pointing out the challenges faced by the organisation Ms Mohan says, “Since Coimbatore is located in a hard rock region, normal percolation of rainwater during the rainy season does not take place.”

The organisation thus, opted for a method to artificially recharge groundwater through deep bore wells. Two types of structures were used to install the RWH system.

“One is of rectangular shape with perforated slabs to cover up the top surface which is specially designed for roadside so that vehicular movement does not get affected. The other one is of circular shape for the open spaces and grounds,” she explains. 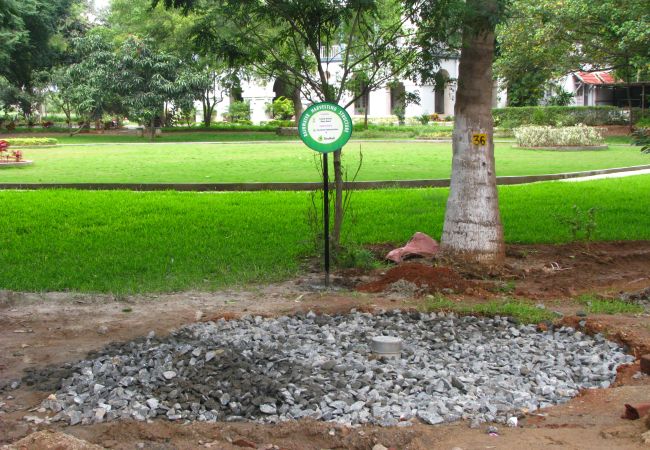 Both the structures were instrumental in recharging the run-off surface water to the underground aquifers thus improving the water level and quality. 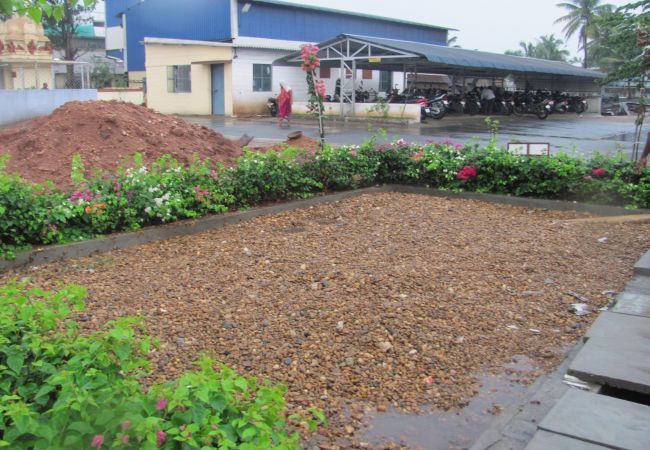 If in 2005, someone in western part of the city had to dig 150 feet in the ground to get water, the situation has improved and now one has to dig merely 60 feet. 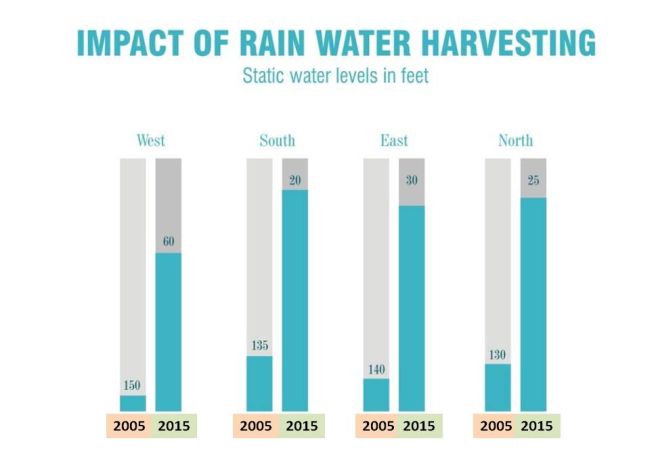 Improvement in groundwater tables across four zones of Coimbatore

Today, it is only because of the rain water harvesting system, that people can now conveniently extract water for their domestic needs and irrigation. Infact, the NGO also now freely uses groundwater to water their plants in office.

Why India Should Not Take Water, A Diminishing Resource, For Granted