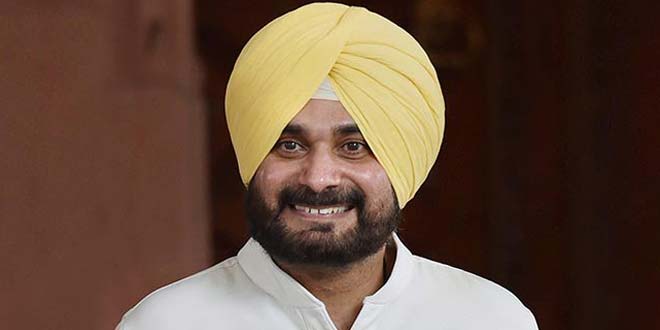 Chandigarh: Punjab Local Government Minister Navjot Singh Sidhu on May 9 visited various solid waste management projects running successfully in the state. In a statement, the minister said during past decade, the urban population of Punjab was “befooled” in the name of establishing solid waste management projects but in reality the people living in urban areas had to live in hell.

He further said that the urban population is reeling under multitude of problems including foul smell emanating from sewerage with plastic and building construction materials blocking these.

The minister also divulged that ultra-modern super suction machines would be pressed into service to tackle the problem with regard to blockage of sewers which results in stagnant water during rainy season.

The initial focus would be on short term projects to provide immediate relief to the people, he said.

Also Read:  5 Cool Waste Management Ideas From The World That India Can Adopt

Laying stress on Punjab being predominantly an agricultural state, Mr. Sidhu said that the farming community of the state would be provided with the compost manure to spare their lands from the harmful effects of pesticides.

He said the soil of Punjab is suffering from the destructive effects of harmful and toxic pesticides whose viable alternative can be found in the compost and organic manure.

The minister further informed that with the tour of the plants today, he has witnessed the process and procedure in the establishment of these plants.

Mr. Sidhu, an MLA from Amritsar East said that top honchos of companies like RAMKI, Metro Transit, Anthonese, Jindal Waste to power plant which operate these plants also met him and assured of their full cooperation in providing clean environment as well as civic amenities to the people of Punjab.

He also made it clear that no departure would be made from quality in this regard.

The minister also said that keeping in view the tremendous potential of Punjab in unlocking the renewable energy sources and no effort would be spared in providing assistance to those exhibiting interest in establishing the plants in these spheres.

He also divulged that he has instructed the officials of the department to seek detailed reports regarding technical know-how which would be placed before the Chief Minister for his approval.