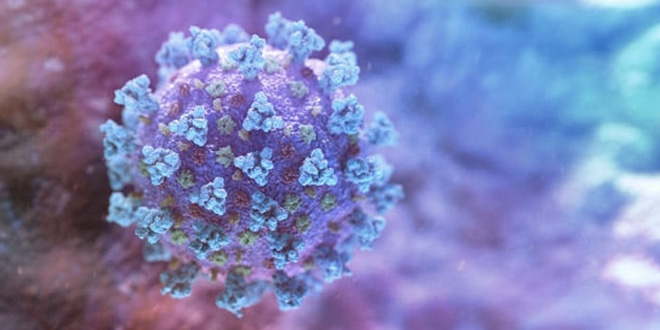 Washington: The second dose of a COVID-19 vaccine induces a powerful boost to a part of the immune system that provides broad antiviral protection, according to a study led by investigators at the Stanford University School of Medicine. The findings published in the journal Nature strongly supports the view that the second shot should not be skipped. Despite their outstanding efficacy, little is known about how exactly RNA vaccines work, said Bali Pulendran, PhD, professor of pathology and of microbiology and immunology.

So we probed the immune response induced by one of them in exquisite detail.

The study was designed to find out exactly what effects the vaccine, marketed by Pfizer Inc., has on the numerous components of the immune response. The researchers analyzed blood samples from individuals inoculated with the vaccine.

They counted antibodies, measured levels of immune-signalling proteins and characterized the expression of every single gene in the genome of 242,479 separate immune cells’ type and status.

He shares senior authorship of the study with Kari Nadeau, MD, PhD, the Naddisy Foundation Professor of Pediatric Food, Allergy, Immunology, and Asthma and professor of paediatrics, and Purvesh Khatri, PhD, associate professor of biomedical informatics and of biomedical data science.

This is the first time RNA vaccines have ever been given to humans, and we have no clue as to how they do what they do: offer 95% protection against COVID-19, said Dr Pulendran.

Traditionally, the chief immunological basis for approval of new vaccines has been their ability to induce neutralizing antibodies: individualized proteins, created by immune cells called B cells, that can tack themselves to a virus and block it from infecting cells.

Antibodies are easy to measure, Dr Pulendran said. But the immune system is much more complicated than that. Antibodies alone don’t come close to fully reflecting its complexity and potential range of protection.

Dr Pulendran and his colleagues assessed goings-on among all the immune cell types influenced by the vaccine: their numbers, their activation levels, the genes they express and the proteins and metabolites they manufacture and secrete upon inoculation.

One key immune-system component examined by Dr Pulendran and his colleagues were T cells: search-and-destroy immune cells that don’t attach themselves to viral particles as antibodies do but rather probe the body’s tissues for cells bearing telltale signs of viral infections. On finding them, they tear those cells up.

In addition, the innate immune system, an assortment of first-responder cells, is now understood to be of immense importance. It’s the body’s sixth sense, Dr Pulendran said, whose constituent cells are the first to become aware of a pathogen’s presence.

Although they’re not good at distinguishing among separate pathogens, they secrete “starting gun” signalling proteins that launch the response of the adaptive immune system- the B and T cells that attack specific viral or bacterial species or strains. During the week or so it takes for the adaptive immune system to rev up, innate immune cells perform the mission-critical task of holding incipient infections at bay by gobbling up — or firing noxious substances, albeit somewhat indiscriminately, at — whatever looks like a pathogen to them.

The Pfizer vaccine, like the one made by Moderna Inc., works quite differently from the classic vaccines composed of live or dead pathogens, individual proteins or carbohydrates that train the immune system to zero in on a particular microbe and wipe it out. The Pfizer and Moderna vaccines instead contain genetic recipes for manufacturing the spike protein that SARS-CoV-2, the virus that causes COVID-19, uses to latch on to cells it infects.

In December 2020, Stanford Medicine began inoculating people with the Pfizer vaccine. This spurred Pulendran’s desire to assemble a complete report card on the immune response to it. The team selected 56 healthy volunteers and drew blood samples from them at multiple time points preceding and following the first and second shots. The researchers found that the first shot increases SARS-CoV-2-specific antibody levels, as expected, but not nearly as much as the second shot does. The second shot also does things the first shot doesn’t do, or barely does.

The second shot has powerful beneficial effects that far exceed those of the first shot, Dr Pulendran said. It stimulated a manifold increase in antibody levels, a terrific T-cell response that was absent after the first shot alone, and a strikingly enhanced innate immune response.

Unexpectedly, Dr Pulendran said, the vaccine — particularly the second dose — caused the massive mobilization of a newly discovered group of first-responder cells that are normally scarce and quiescent. First identified in a recent vaccine study led by Pulendran, these cells- a small subset of generally abundant cells called monocytes that express high levels of antiviral genes — barely budge in response to actual COVID-19 infection. But Pfizer vaccine-induced them. This special group of monocytes, which are part of the innate museum, constituted only 0.01 per cent of all circulating blood cells prior to vaccination.

But after the second Pfizer vaccine shot, their numbers expanded 100-fold to account for a full 1 per cent of all blood cells. In addition, their disposition became less inflammatory but more intensely antiviral. They seem uniquely capable of providing broad protection against diverse viral infections, Dr Pulendran said.

The extraordinary increase in the frequency of these cells, just a day following booster immunization, is surprising, Dr Pulendran said. It’s possible that these cells may be able to mount a holding action against not only SARS-CoV-2 but against other viruses as well.

Dr Pulendran is a member of the Institute for Immunity Transplantation & Infection and Stanford Bio-X and a faculty fellow of Stanford ChEM-H.