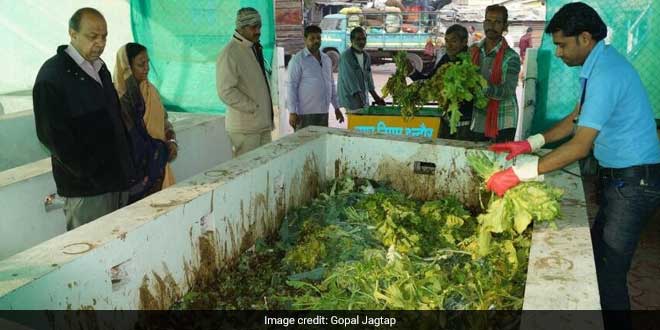 Indore which is India’s cleanest city as per the Swachh Survekshan 2017 is one of the first few cities to initiate the practice of reducing waste generation through composting. The start was made by tackling the organic waste generated in three main mandis or wholesale vegetable markets of Indore – Choithram sabzi mandi, Nandlal Pura sabzi mandi and Rajkumar sabzi mandi. Hundreds of vegetable owners trade in these three mandis and generate hundreds of kilos of waste on a daily basis.

As a pilot project, the Indore Municipal Corporation (IMC) set up 9 composting pits in three main mandis of Indore in February this year to encourage decomposition of organic waste.

Out of the total waste generated from the mandis which is 20,000-40,000 kilos of waste per day, so far around 200 kilos has gone for composting. Until February, this entire waste from mandis was being dumped in Indore’s Devguradia landfill. 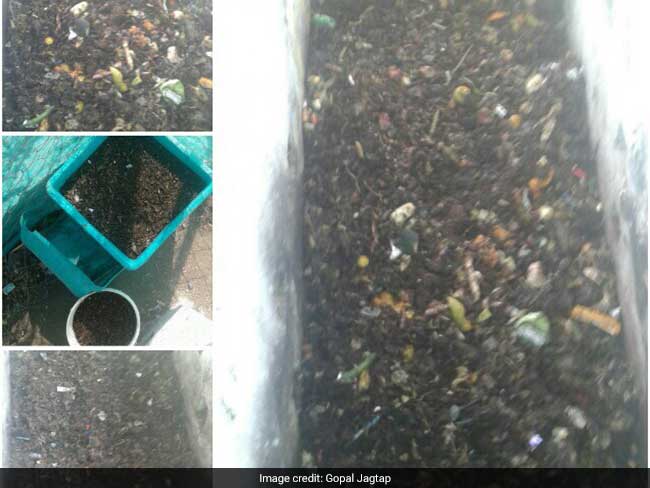 In two months, the Indore Municipal Corporation has generated 200 kilos of compost

Before we started this service, garbage was seen lying all over the mandis. Implementing this service meant gathering more amount of waste thereby increasing the volume of composting, said Gopal Jagtap, Head of Solid Waste Management and Sanitation at BASIX, a non-profit organisation.

As a first step the IMC provided dustbins to each of the vendors. This significantly cut down dumping of trash on the road. Now municipal waste collecting trucks go from one vendor’s stall to the next and collect the day’s waste from the individual dustbins.

Earlier we had no option but to spill some of the waste onto the streets. But with individual bins provided the areas have been relatively cleaner, says 33-year old Pawan Chouchan, a vegetable mandi or stall owner who sits in the Choithram Sabzi Mandi and generates upto 30-35 kilos of waste per day.

The Process of Composting

Once all the waste is collected from the vegetable vendors, the IMC workers transfer it to the composting pit placed in the markets. 3 workers from the BASIX manually carry out the process of composting which takes about 1-2 hours everyday. 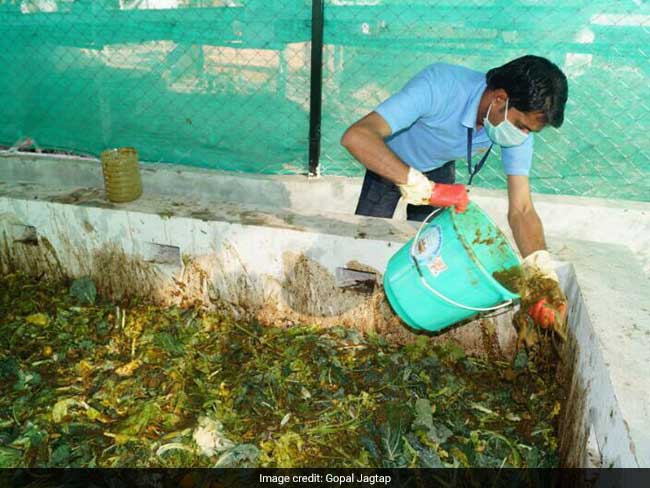 A layer of cowdung is placed in the aerobic composting pits and the waste collected is added onto it. The waste is then covered with the cowdung and is left for drying. Within 15-30 days the compost becomes ready and the cycle is repeated.

In the past two months, the pilot project has been successful in producing nearly 200 kilos of compost.

This compost will soon be used in public gardens and nurseries across Indore, The technique of composting has given us commendable results and the IMC will make sure the city gets greener with the compost, said Asad Warsi, a Swachh Bharat Mission Consultant with the IMC.

With an investment of ₹ 50 lakhs in building the 9 composting pits, this low cost technique of composting is an effective way to reduce the overall burden on Indore’s landfills. 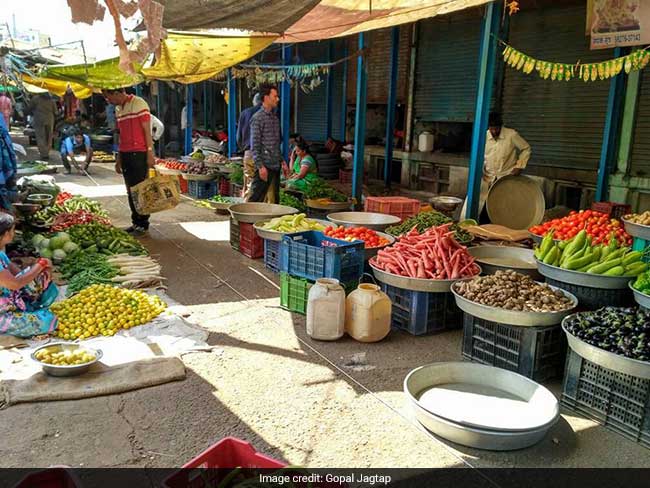 Municipal workers go from vendor to vendor and collect waste

Apart from the composting units in mandis, talks are in pipeline with the hotels, restaurants and other event organising companies to set up their own composting pits and contribute in reducing Indore’s overall waste generation, adds Mr. Warsi.

City’s municipal corporation plans to scale up the process of composting by setting up more of these units in other public spaces like schools, residential complexes and temples. So far six Indore schools, two Residential Welfare Associations and one temple – Khajrana Ganesh, are already practising composting.

The municipal corporation plans to cover all public spaces like schools, residential areas, temples and other mandis where organic waste is generated in bulks in the few coming months, concludes Mr. Jagtap.