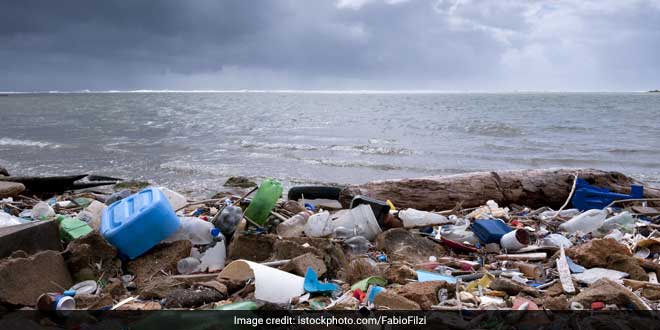 New Delhi: India is all set to have its own automated ocean pollution observation system in 2018. The system will provide automatic readings of pollution levels in marine bodies surrounding India. The new data acquiring system, also known as automated moorings makes it easier for scientists to monitor ocean pollution, as it does away completely with manual gathering of data. Instead, the automated system will provide statistics from time to time which can be used to measure the quality of water and deduce the level of pollution in water, using the data. The infrastructure for the project which cost Rs 100 crore is already in place, and on receiving the final nod from the Ministry of Sciences, will be operational by April 2018.

This is for the first time India will have such kind of system. Such a system is in place in the United States.This is a very effective system in getting the data about the ocean pollution. We will use those data to understand the quality of water, said Satheesh C. Shenoi, Director, Indian National Centre for Ocean Information Services (INCOIS).

In 2015, a report by the United Nations Environment Programme turned out to be the bearer of bad news for India. The country, already struggling with polluted land and air, had another problem to contend with, that of ocean pollution. The report informed that India dumped 0.6 tonnes of plastic waste into oceans annually and ranked 12th among the top 20 countries responsible for marine pollution. The numbers showed how marine pollution had climbed up to become one of India’s critical pollution problems. Discarded plastic and debris continues to be dumped in India’s oceans and the lack of an overarching system to monitor levels of pollution in ocean was one of the deterrents to combat ocean pollution in India, but not any longer.

One of the major impacts of marine pollution around the world has been its effect on climate change. The reduction of planktons, which form the major component in marine food chain, has caused the depletion in number of marine lifeforms across the world and is increasing the global temperature by 0.7°C annually. Unmonitored marine pollution causes irreparable damage to oceans and INCOIS is hopeful that the new technology will ensure that a particularly over polluted spot can be cleaned on priority.

While marine pollution is an overall problem across India’s coastline, this new technology will allow us to get information on whether a particular area saw sudden increase in pollution levels. Based on this, steps can be taken to isolate and clean the area, said Mr Shenoi.

The aspect of automatic observation of ocean pollution comes as a boon for India. The 7,500 kilometre long coastline is difficult to monitor regularly. Regular data from the ocean on water quality will ensure that the coastline is monitored in terms of pollution. If the water quality of a particular area deteriorates, steps can be taken to address that. The system will also help Central and state ministries to take appropriate long term steps to address concern zones in coastal areas. The sensor equipped ocean buoys will be placed in coastal areas of Digha (West Bengal), Goa, Mumbai, Kochi, Vishakapatanam and Chennai

This technological advancement in getting proper data about ocean pollution and water quality was long due. Manual water testing all-year round is an impossible scenario. The automated system will ensure that accurate information on water quality is available to concerned departments throughout the year. This is a right step towards addressing marine pollution in India, said Professor Abhijit Dasgupta, Director, College of Maritime Studies & Research, Kolkata.

Every year, thousands of marine flora and fauna get destroyed due to indiscriminate dumping of litter in seas. Given India’s rank globally in the list of countries responsible for ocean pollution, the automated ocean pollution observation system is likely to make it easier to deal with the problem of marine litter.