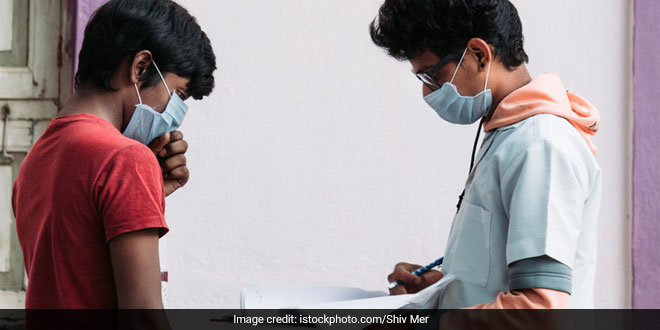 Thiruvananthapuram: With the state capital reporting an increase in the number of COVID-19 cases and at least in five active cases, the source of infection couldn’t be traced, the district administration for the first time is introducing area-specific random sampling as part of sentinel surveillance. Also, a district COVID War Room has been started in Thiruvananthapuram Collectorate for daily monitoring and reviewing the situation. Speaking to ANI, District Collector Navjot Khosa said that area-specific sampling being launched is part of a three-pronged revised strategy as part of efforts to contain the COVID-19 spread.

As the state capital, we have to be more vigilant than others as there are a lot of people coming from various places. From last one week, there were cases where we could not identify the source of infection and out of it, we have five active cases. So we have now revised our strategy. The new strategy is three-pronged. The first will be to strengthen the surveillance. For that, we are starting a district COVID war room. We will be having a daily morning and evening review and monitoring. The most important aspect now is to trace and isolate. I will be also personally monitoring it, she said.

She said that district administration would also ramp up testing and area-specific testing giving priority to crowded places is being launched.

There is already a testing protocol in place. We carry out routine surveillance testing and pooled sentinel surveillance. Since it’s the corporation area which is densely populated and the last four of the five cases were reported in the corporation limit. We have decided to conduct area-specific random sampling. For that, we are selecting certain wards. This will be an exercise which will go on for some time. We will be focusing on thickly populated wards, the District Collector said.

Initially, the plan is to start from wards where home quarantine is higher in number.

Mostly they are asymptomatic that’s why they are at their homes. Also, this random sampling will be done in places that are mostly crowded. Markets, areas surroundings hospitals and coastal areas where a lot of fish market activity is taking place due to trawling ban. We will be having seven mobile testing vehicles that will be used in the periphery of the district so that people needn’t come to the town for testing, said Ms Khosa.

The third strategy is to decentralise testing centres. “Instead of everybody coming to town and waiting there for the test, we have strengthened the Taluk hospitals. We have a human resource there and we have linked transport facility. Also, we have carried out a detailed infrastructure planning to manage if and when a surge in cases happens. We have prepared a plan submitted to state disaster management authority,” she added.

We had a successful break the chain campaign in the first phase. It is very much now required as the lockdown has been detached but the virus hasn’t. So we will urge the public to follow the SOPs issued by the Health Department. The reverse quarantine for the elderly will also be strictly adhered to, she added.