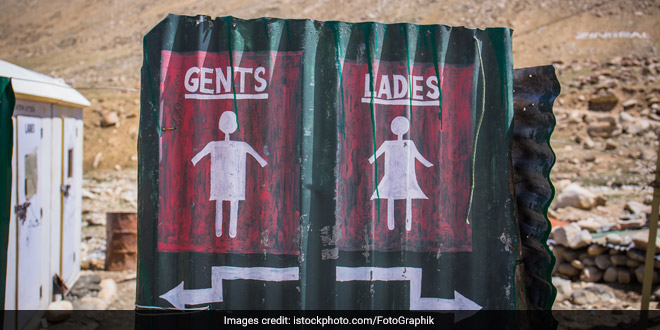 New Delhi: Healthy sanitation practices and hygiene are imperative to one’s overall well-being. The effects of poor sanitation permeate into every aspect of life; economic, health, education, dignity and empowerment, restricting into an unending cycle of poverty. Using toilets as a healthy sanitation habit is not only beneficial for an individual but also for the socio-economic development of a community.

Earlier this year, Ministry of Drinking Water and Sanitation had claimed that over 9 crore toilets have been built across rural India so far, taking the national rural sanitation coverage up from 39 per cent in 2014 to over 99.08 per cent today. The statement further read,

This progress has been independently verified by a third-party National Annual Rural Sanitation Survey 2017-18 under the World Bank-supported project across 90,000 households in over 6,000 villages, which found the rural toilet usage to be 93.4 per cent.

Despite the construction of over 9 crore toilets, various independent think-tanks have claimed that the in-house use of toilet remains low in India. Most people, particularly in rural India, still prefer to go out in the open for defecation due to the ancient myths regarding toilets, causing some serious health hazards and posing risks of shame, diseases and threats of social violence, particularly for women. Some of the myths regarding having a toilet at home are debunked below.

Myth: Defecation is an impure act, should be practiced outside the house

People living in the rural areas believe that having a toilet and a temple at home at the same time, is not pure. Therefore they hesitate in building toilets in the house and consider defecation as an impure act that might upset the god, if practiced at home. 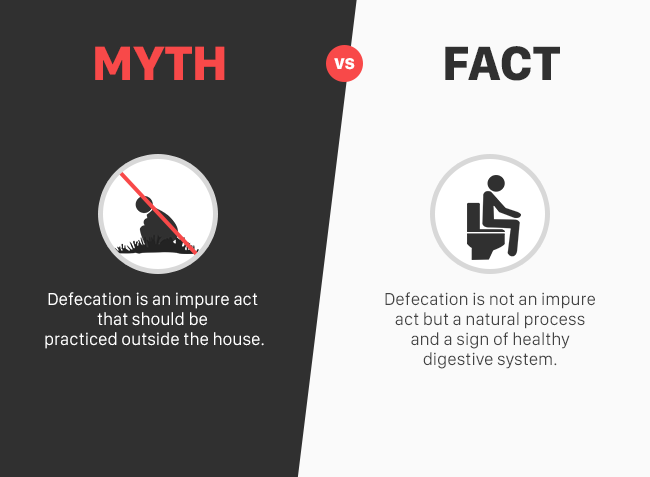 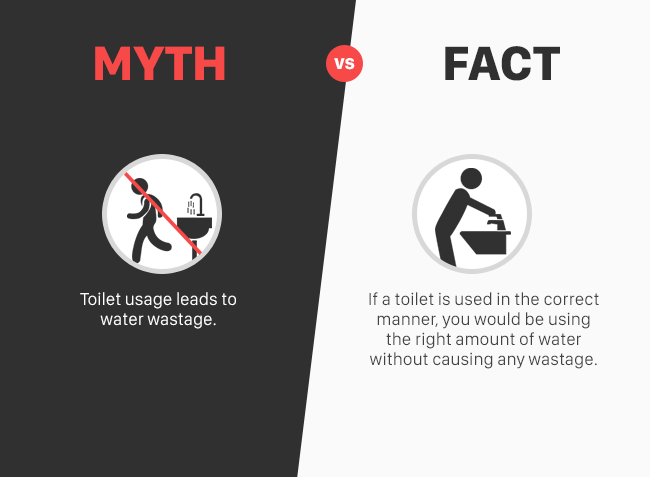 Myth: Toilets are to be used only during adverse weather conditions

A lot of people in the rural as well as urban areas who have recently constructed toilets at their home still prefer to defecate out in the open, since they believe toilets are meant to be used only when they can’t defecate outside. 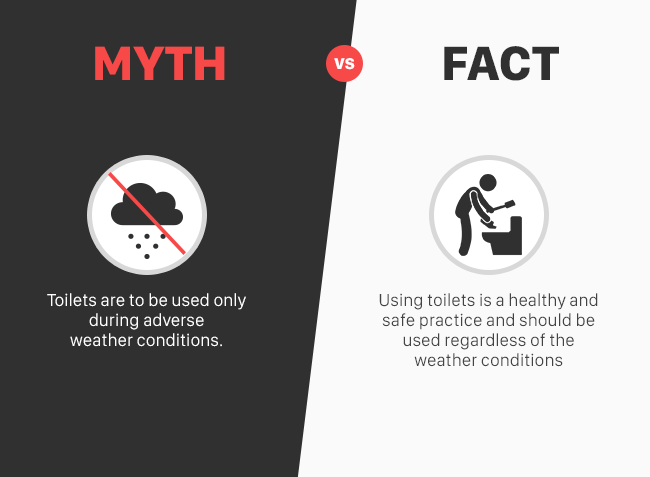 Also Read: ODF Mumbai, A Reality Check: Overused, Unclean And Lesser Number Of Toilets For Women Are Just Some Of Mumbai’s Sanitation Woes

People who have been defecating in the open for decades believe toilets to be suffocating. 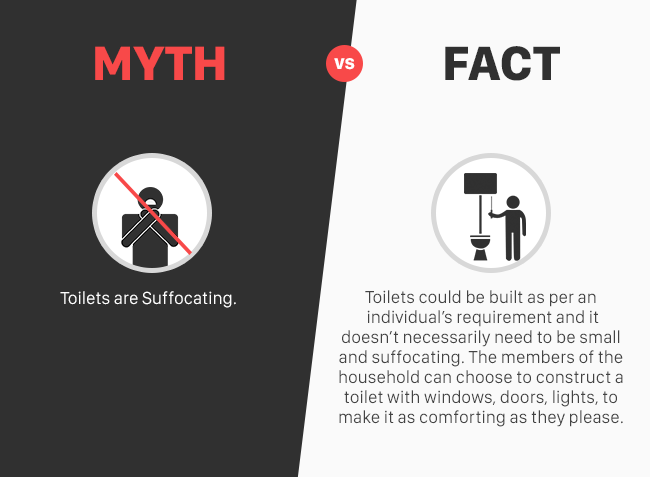 Myth: Toilets are an expensive luxury and are only meant for rich people

A huge chunk of the population living in India still believe in the myth that having a toilet is expensive and are only meant for rich people. 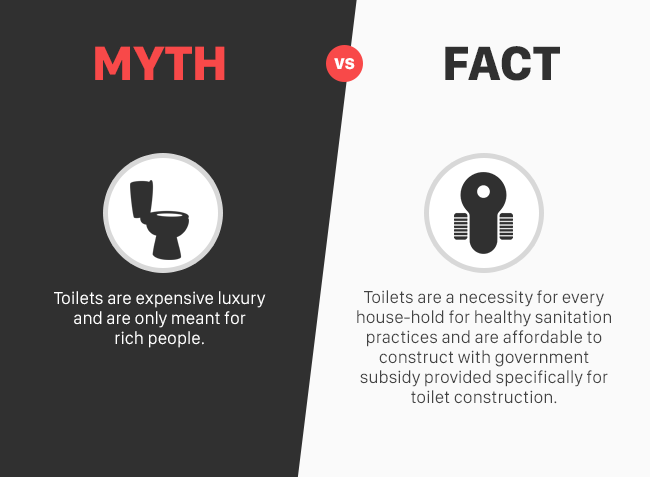 Air Pollution: What Is Particulate Matter And How Does It Affect The Human Body

Swachh Guide: What Is ODF?