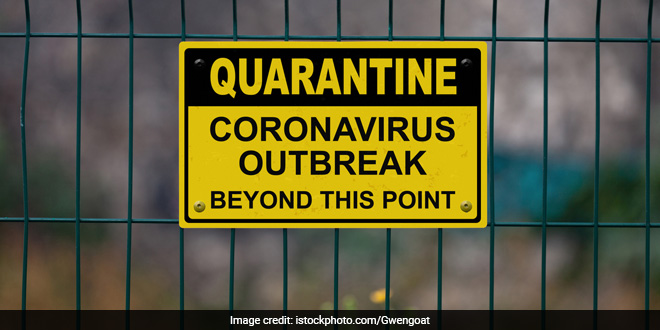 New Delhi: From tracing students who could not be contacted to sending worksheets to their neighbours via phone and helping out at quarantine centres, several Delhi government school teachers turned “corona warriors” as the schools were shut in view of the COVID-19 pandemic. The teachers earned praise from Deputy Chief Minister Manish Sisodia on the eve of teacher’s day for stepping up their efforts and going beyond their responsibilities during the pandemic.

Sarita Rani Bhardwaj, a teacher at a government school in Paschim Vihar, found it extremely difficult to trace the location of her students after a nationwide lockdown was announced in March.

I first tried to contact everyone through the class WhatsApp groups and personally called every student multiple times. When I could not get through a few of them, I contacted a ration delivery person and asked him to check on their addresses. I could locate many more students this way, but still a few were left. I asked the ration delivery person to get me the contact details of their neighbours. I called them and started sending worksheets on their phones. When I got to know about students who have moved to different cities, I got books and study material sent through a courier service at their new places, Ms Bhardwaj said.

Alok Kumar Mishra, a social science teacher at the Government Senior Secondary School, Mangolpuri, is serving at a quarantine centre in Narela, besides taking online classes.

I am working from a make-shift control room outside the flats being utilised as quarantine centres. I answer the phone calls for those in quarantine, solve their queries and tend to their needs. We have been provided with telephones and wireless mics, through which we convey important information to the headquarters, make announcements and send utilities to those quarantined. I work in the day and night shifts alternatively. Working this way has given me a great deal of satisfaction as I am being able to help my fellow citizens. I work on videos to be sent to my students in the other shift, he said.

I make video notes and send those to the students. I assign worksheets to them and they call me to clear their doubts. I take their calls promptly because at times, they call from a neighbour’s or an acquaintance’s phone. I also work at a quarantine centre, he said.

Neena, an English teacher at the Sarvodaya Kanya Vidyalaya, Prashant Vihar, ensured that her students participated in activities for their emotional well-being, besides focussing on their studies.

During these uncertain times, it is normal to get depressed and sad. I ensured that no child missed out on the daily mindfulness activity, which we used to conduct as part of the happiness curriculum. It was a great way for the children to bond with their families while doing the activities sent via IVR. My students penned down their thoughts on the coronavirus in the form of poems. It was refreshing to see how they understood the importance of freedom after they were confined to their homes during the pandemic, which led them to empathise with animals kept under captivation. There were many activities which students could do at home with their families, which helped them bond with the family members, she said.

Ravinder Kaur, a science teacher of the Kautilya Sarvodaya Bal Vidyalaya, started taking video classes much before the online classes were announced by the government.

I was already done with six chapters when the material for the online classes started coming in. It was easier to connect with the students, but I faced difficulty in staying connected with them. After a few classes, the students lost interest in the subject. This drove me to think of new innovative ideas to generate curiosity among them. “I asked them to look around and observe the changes. I told them that science is not just confined to textbooks but about developing a mindset to carefully observe the world around you. I introduced surprise tests to help the students understand how much their power of observation had improved during the online classes, she said.

As soon as I got to know about the lockdown extension, I started connecting with my students. Fourteen of the 40 students were available on WhatsApp. For those who did not have mobile phones, I called their neighbours, relatives and requested them to let the students use their mobile phones for sending the worksheets to me. It took some initial efforts, but I was able to connect with most of my students by the first week of April.

Universities and schools across the country have been closed since March 16, when the Centre announced a countrywide classroom shutdown as part of the measures to contain the pandemic.

A nationwide lockdown was imposed on March 25. While several restrictions have been eased, the schools and colleges continue to be closed.