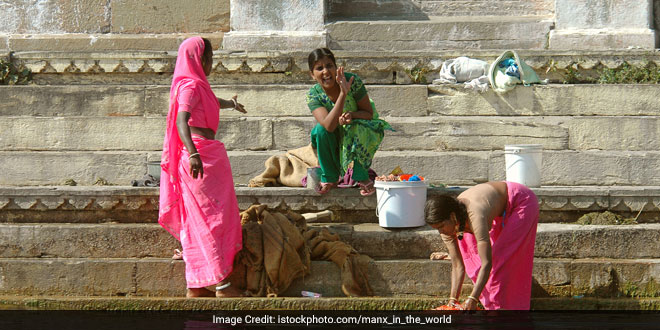 Preservation of man-made waterbodies is a difficult task to execute and sustain. With rapid changes in climate, population and pollution, India’s major water bodies, both natural and man-made are at severe risk. The importance of water for any purpose is undeniable and so should be the crisis that India faces as its major rivers and lakes are becoming hubs of pollution. After rivers, India’s lakes face similar threats as waste disposal sucks life out of them.

Lake Pichola was constructed in 1362 by a gypsy tribesman and was later modified by Maharana Udai Singh, who also founded the city of Udaipur on its banks. A man-made marvel, Pichola has historically been recognised as an example of engineering genius, as successfully constructing a lake amidst a desert is no mean feat. Little did the makers conceive its condition 700 years later. Over 9 lakh tourists visited Udaipur in 2016 alone, an increase of over 55,000 from 2015. With an area of 55 sq kilometres, Pichola continues to be a highly popular tourist destination but the problem of pollution has reached crisis point.

The Many Problems of Pichola

It was in the late 1970s that Pichola’s problems surfaced, when in 1979, over four different varieties of fishes, which were once found in abundance were no longer found in the lake. An investigation by the state government and a few civil society organisations in 1982 found out that water quality index (WQI) of Pichola registered at 120, compared to the normal number of 50 or 55. Over 1,000 toilets were directly connected to the lake and sewage would flow directly from these into the lake.

Pichola was well-maintained right from the time it was constructed but with growing population, more houses were constructed and drainage systems were connected directly to the lake. This had an adverse effect on the lake’s ecological balance, resulting in disposal of faecal waste in the lake, which in turn resulted in the depletion of the lake’s water quality, said Dr Madhusudan Sharma, environmentalist and Professor of Zoological Studies, ML Sukhadia University.

Encroachments have also been a problem for Pichola, as many areas around the lake which were once uninhabited are teeming with people now. Waste, solid and liquid goes into the lake with rising number of buildings and houses near the lake area. Erosion of soil from the adjoining areas of the lake is also causing deposit of sediments inside the lake, depleting its water quality. 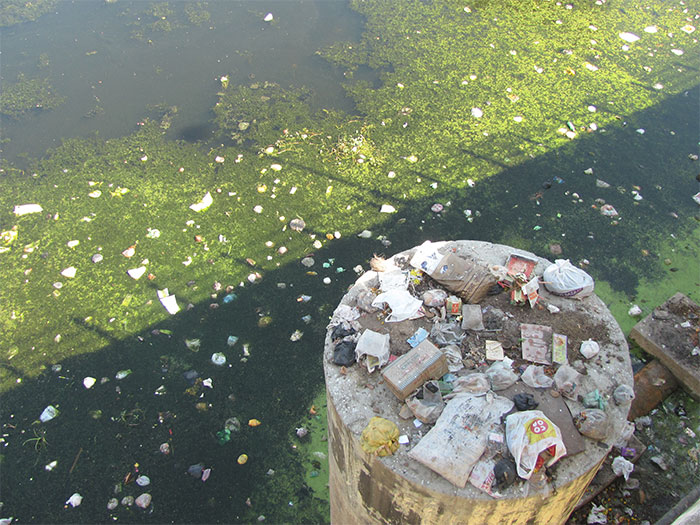 Several litigations by civil societies and NGOs later, the Udaipur Municipal Corporation successfully installed a 24-kilometre long sewerage line in the area around Pichola lake in 1997. The purpose of the sewerage line was to divert the sewage into the Ahar river, which flows through Udaipur. While much of the sewage was getting diverted to its intended destination, the amount of sewerage put a toll on the line and by 2008, the sewerage line developed severe cracks and started leaking. Groundwater tested by the Central Pollution Control Board (CPCB) in 2009 showed that the area around the Pichola lake had contaminated water. During this period, water quality in the lake also deteriorated and the WQI had gone up to 140.

Another problem faced by Lake Pichola is manholes out of which sewage directly falls into the lake. In the last six to seven years, certain drainage outlets around Pichola have been discharging sewage directly into the lake. These outlets were created post the construction of the sewerage line and when sewage lines in the nearby areas are blocked, polluted water is discharged directly into the lake. Since water from Pichola is also used for drinking purposes, reports have emerged of people living in the surrounding areas of the lake contracting diseases due to the usage of Pichola’s water.

We have received reports of the water being contaminated and have ourselves tested to find out the water is not safe for usage. We have issued proper warnings to the residents, asking them not to use the water. We are planning to revamp the drainage system so that the old sewerage system is replaced by a new one, but this will take time and adequate budget, said Siddharth Sihag, Municipal Commissioner Udaipur.

Sewage is not the sole problem Pichola faces today. For the lake to be restored to its earlier glory, it is important that the municipal corporation works together with local residents to ensure that all the problems are addressed at once. While drainage systems can be worked upon by the civic body, the problems of waste disposal demand citizens’ participation to ensure, no waste is disposed of in the lake. NGOs like Jan Swastha Sahyog (JSS) have submitted proposals to the Udaipur civic body, asking for adequate measures to be taken to check pollution at Pichola. If the lake’s status is to be improved, it is imperative for the city civic body to bring in local advice and help and put a stop to pollution in the lake.

Till 2003, nearly 25 tonnes of solid waste and around 6 million litres of untreated sewage was dumped into the lakes daily. Today, the number has significantly come down by nearly 60 per cent. Udaipur’s Urban Improvement Trust has also been instrumental in a drainage system that diverts much of the sewage downstream, though no sewage treatment plant is there in the vicinity to completely tackle the problem of sewage disposal.

A Dummy’s Guide To Swachh Bharat Abhiyan: Here’s How Government Is Helping You To Construct A Toilet