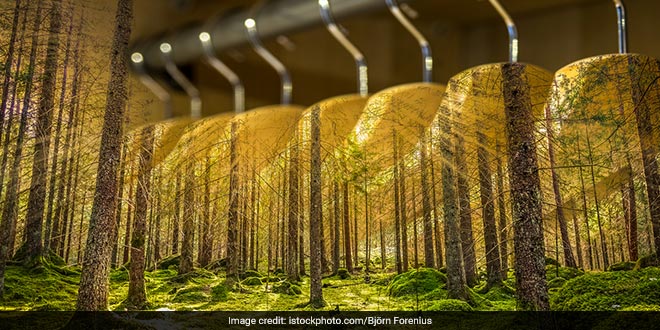 Nairobi: The UN Alliance for Sustainable Fashion, launched at the UN Environment Assembly on Thursday, is seeking to halt the environmentally and socially destructive practices of fashion, and instead harness the industry as a driver for improving the world’s ecosystems. The industry is the second-biggest consumer of water, generating around 20 per cent of the world’s wastewater and releasing half a million tons of synthetic microfibers into the ocean annually.

The number of garments purchased every year by an average consumer has increased by 60 per cent in the past 15 years. Each item is only kept for half as long.

The Alliance is improving collaboration among UN agencies by analysing their efforts in making fashion sustainable, identifying solutions and gaps in their actions, and presenting these findings to governments to trigger policy.

The launch event was hosting a series of pop-up fashion installations with guest appearances from UN Goodwill Ambassadors, such as Indonesian-Australian supermodel Nadya Hutagalung and Chinese popstar Karry Wang.

Also Read: For This Teenager, Pollution Makes Her Heart Throb

“Many people succumb to buying seasonal trends that then get thrown away within a couple of months, and it’s just not sustainable,” said Nadya Hutagalung, a household name across Asia.

At the launch of the UN Sustainable Fashion Alliance we get to see people developing new fibers that are sustainable, have low water impact and low impact on the environment where they’re produced.

The Alliance utilises the convening power of the UN to bring key fashion players to the table.

For instance, the Alliance is helping the Ethical Fashion Initiative – a partnership launched by the UN and World Trade Organization – to hold annual high-level forums that engage Hugo Boss, Gap, H&M and other major fashion companies.

The UN Alliance for Sustainable Fashion creates a common platform and dialogue for a host of UN agencies that are working to make fashion sustainable.

The Food and Agricultural Organization is promoting Blue Fashion, which uses sustainable marine materials and protects arable land; the International Trade Centre has set-up the Ethical Fashion Initiative to spotlight artisans from the developing world; and UN Environment is pushing governments to foster sustainable manufacturing practices.

The fashion industry is valued at around $2.4 trillion and employs over 75 million people worldwide.

It loses about $500 billion of value every year due to the lack of recycling and clothes that are thrown into landfill before ever being sold.

The industry accounts for a staggering 8-10 per cent of global carbon emissions – more than all international flights and maritime shipping combined. Part of these emissions comes from pumping water to irrigate crops like cotton, oil-based pesticides, machinery for harvesting, and emissions from transport.

The industry is responsible for 24 per cent of insecticides and 11 per cent of pesticides.