Thank You Donors
Coronavirus Explainers
Home
>> Videos >> Amitabh Bachchan Lauds NDTV's Swachh India Initiative At #SwachhataHiSeva Launch
At the launch of Swachhata Hi Seva by Prime Minister Narendra Modi on September 15, actor Amitabh Bachchan praised the NDTV-Dettol Banega Swachh India campaign for spreading the message of cleanliness around the country. The actor said that the Swachh India initiative helped in highlighting the cause at a national level, with Chief Ministers of states being a part of the telethon to discuss cleanliness initiatives. Mr Bachchan also mentioned how the launch of the Swachh Express in the first year of the campaign covered 400 villages to spread awareness about the importance of sanitation, followed by the introduction of Swachhta ki Pathshala where school students were taught about hygiene. Mr Bachchan also talked about the #Mere10Guz initiative as part of the Cleanathon, which promoted the concept of how if each individual ensured that 10 yards of their surroundings is clean then India could become clean. 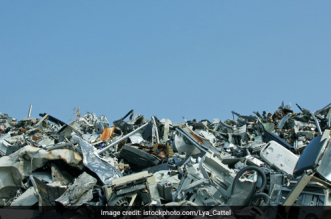