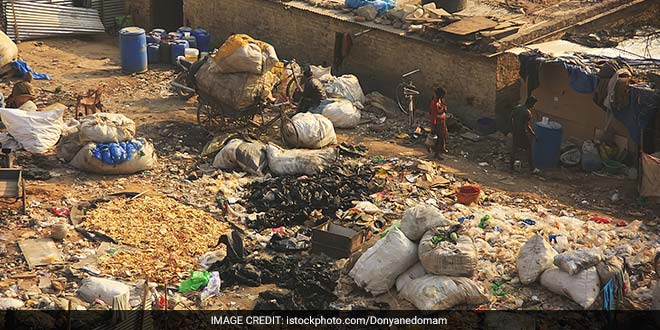 New Delhi: Hailed first as the country’s ‘Garden City’ and then as India’s IT Capital, today Bengaluru is paying a heavy price for its own success — the city is drowning in its own garbage mess, with trash overflowing on the roads every now and then and waste collection services unable to match up with the garbage flow. The vast city of over 10 million people generates an estimated 4000 kilograms of garbage a day and all of the waste ends up going to the processing units of the city. So, what’s the problem? The problem is that people of Bengaluru don’t segregate their waste at source as a result mixed waste is being sent to the processing units which should ideally be sent to the landfills or dump yard areas. But, Bengaluru does not have landfills or dump yards to send its mixed waste to.

The Start Of Bengaluru’s Garbage Woes

The garbage crisis in the city started back in 2012 when the Karnataka State Pollution Control Board (KSPCB) ordered the closure of the biggest open dump yards – Mavallipura landfill. Soon, another major landfill was closed down due to the protest by the locals – Mandur landfill. The complete closure of landfills led to the birth of processing units for the treatment of waste.

Segregation At Source, Not Happening

In Bengaluru, where there are no landfills, it becomes very important to segregate waste at source. Waste Segregation at source is being attempted for years in the city now, but the results are not up to the mark.
If waste segregation is done right and at source then organic waste will not be thrown along with dry waste and the amount of garbage that is currently being sent to dumps would decrease by a significant amount. But, currently, the scenario in the city is opposite to what’s expected and the people are to be blamed.

Embracing The Phenomena Of ‘My Garbage, My Responsibility’

The BBMP has dry waste collection centres in different wards of the city and also seven organic waste centres that convert wet waste into valuable manure. The manure which is made by converting wet waste is offered to farmers at a low cost as of now. But, still, there are garbage issues in the city. Highlighting the problem of Bengaluru’s garbage issues, BBMP’s Commissioner, Manjunath Prasad adds,

We have 7 processing plants that convert wet waste to manure, this no other city has as of now. These plants are located in the heart of the city, but, residents object to these plants and want these plants to shut down. Every day we fight this battle with the residents.

Littering remains another major issue in the city, with many people just dropping their rubbish on the roads as they walk or unthinkingly throw things out of their car windows. Earlier Bengaluru was following a no-dustbin policy but recently after 17 years, BBMP decided to re-install garbage bins across the city to support government’s mega waste management campaign and two-bin policy – Green for wet waste and Blue for dry waste. But, still, the littering issue in the city continues.

The city also recently slipped in the Swacch Bharat rankings from 38 last year to 210 this year. The factors considered for this ranking are solid waste management and open defecation. The BBMP says the city still needs more than 10,000 toilets to be built, but, soon they hope to achieve the tag of 1005 open defecation free.

The Need Of The Hour – Hefty Penalties And Citizen Involvement

There are fines for both litterings and for not segregating waste. A fine of Rs. 100 is for littering and Rs.200 if the instance is repeated by the same person. Same are the penalties for waste segregation. Rs. 500 is the fine for people not segregating sanitary waste. But, still, the city suffers from the problem of waste segregation and littering, simply because the penalties are not hefty enough to make citizens serious about following these guidelines.

Another major change which Bengaluru have to make is the citizen of the city needs to be involved thoroughly and together they should bring in a community level change, as then only the garbage woes of the city will be solved.