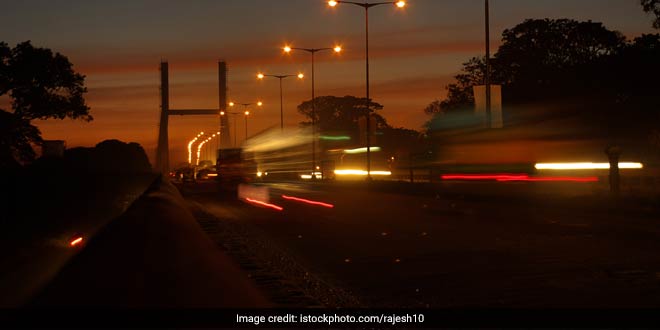 Mumbai: Overflowing landfills, trash catching fires, burning of garbage and dumping waste in oceans are problems that most of India’s urban spaces face today. However, the good news is that India is gradually coming out with success stories of treating waste scientifically and one such example is of the Yediyur ward located in southern part of Bengaluru. The ward, with a population of about 27,000, is not only preventing waste from reaching the trenching grounds but is also making the most out of it. In what may be called as an innovative move, the ward is generating electricity from garbage.

Also Read: In A First For Thane, City To Generate Electricity From 600 Tonnes Of Garbage

Yediyur’s daily generation of waste is approximately five tonnes and to divert its trash from contributing to the overall waste of Bengaluru, the ward had launched a waste-to-energy plant at the South End Circle in January 2018. The plant was procured by the Bruhat Bengaluru Mahanagara Palike (BBMP) from the private firm and has the capacity to convert five tonnes.

There were three motives behind installing the plant – one was to follow the guidelines of Solid Waste Management Rule, 2016 by treating the waste scientifically. Second was to save transportation money as the garbage was taken to a waste processing plant at Kannahalli. And the final aim to generate electricity from trash. We are proud to announce that the pilot initiative has been fruitful and has now turned into a full-time project, says corporator Poornima Ramesh.

Explaining the 12-day process, she said that wet waste is deposited in the biogas container and with the help of methane gas it is converted into electricity. The plant generates 250 KW but due to lack of storing facilities only 50 KW is used to light up footpaths and public parks. The corporation hopes to save 250 KW by installing a new generator and a balloon digester (a plastic or rubber bag that stores biogas). The work to increase the power generation to 250 KW has already begun which will help in generating electricity in government-owned buildings and offices and shopping complexes.

The final objective is to make the area free from BESCOM (Bangalore Electricity Supply Company Limited).

By not purchasing electricity from the BESCOM, we will save money in lakhs. As per the official records of the last few months, Rs 15 lakh were saved in power bills. By increasing the capacity, we will be independent of BESCOM as we will be able to provide electricity to all the premises in the ward, adds Ms Ramesh.

Known as the ‘Garbage city of India’, Bengaluru is infamous for issues like Bellandur’s toxic fumes and garbage overflow at the Bellahalli landfill. The city generates 4,000 tonnes of waste of which the BBMP is able to treat only 2,300 tonnes. As the BBMP is working towards improving waste management through initiatives like establishing composting learning center for home and community and clearing black spots in the city, examples like Yediyur will go a long way in encouraging others to follow the example and tackle waste scientifically.