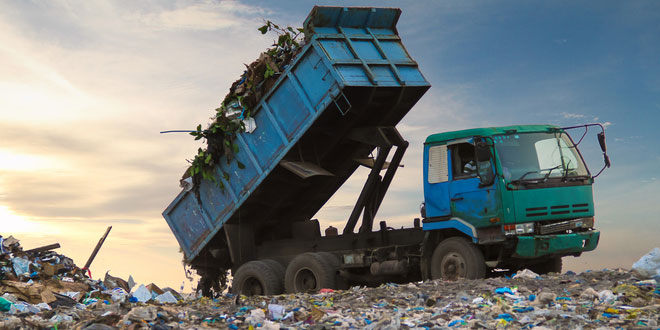 Mumbai: Ever since the inception of Swachh Bharat Abhiyan, the government has been trying to scale up the mission by integrating it with the latest technology. One of the first successful initiatives in integrating the technology was pinning public toilets on Google Maps to facilitate locating the nearest toile and help eliminate open defecation. Given the stress on waste management, many municipal bodies across India are experimenting with installation of the Global Positioning System (GPS) on their garbage collection vehicles. The Rajkot Municipal Corporation (RMC) is the latest civic body to do so.

The decision to install GPS in all the 300 garbage trucks was taken after the issue of irregularities in garbage collection services surfaced,

Earlier, people used to just throw their household garbage into the public bins parked at the end of every street. So, there were irregularities in emptying the public bin. Now, with door-to-door garbage collection initiated last year on World Environment Day (June 5), there are irregularities in pick-up services. Thus, we decided to keep a track on the employees and the vehicles they drive by installing GPS devices, said Banchhanidhi Pani, commissioner, RMC.

The RMC has marked more over 5,000 spots for garbage collection and over 200 routes have been identified for the trucks.

The GPS device will provide information like the location of the parked vehicle, the route driver takes, speed of the vehicle. It will also alarm the monitoring room if the vehicle doesn’t take the designated route. If any violations are found e-penalty will be imposed and a certain amount will be deducted from the contractor’s bill.

The monitoring and tracking of the vehicles began from July 5 and on the very first day the technology yielded positive results. Three officials were posted in the monitoring room who kept an eye on the vehicles, “The collection drive began from 7 am and all the four lakh households were covered on the first day,” said an official who was manning the trucks.

He also mentioned how the GPS helped the trucks cover the households faster.

Usually it takes five hours to cover the entire city but due to the GPS almost an hour along with some fuel was saved by the workers. Two of the trucks that were supposed to take usual route were diverted as we were able to identify the traffic conditions, he added.

The residents of Rajkot have mixed reactions regarding the GPS technology. While some believe that it will solve residents’ and municipal body’s problem by making garbage collection service an everyday habit, some say that it is only a matter of time before the RMC gets back to square one.

“The chances of workers skipping their duties are less. The GPS system cannot lie and will send accurate details to the senior officials sitting in the corporation building. It is definitely a good initiative,” said Vallabh Rathod, who owns a garment shop in the city.

The new technology can only be praised if implemented properly. Only if people sitting in the monitoring room perform their duty well, will the garbage be collected from our houses every day. I hope it is not a temporary stunt, said Amita Parmar, a housewife.