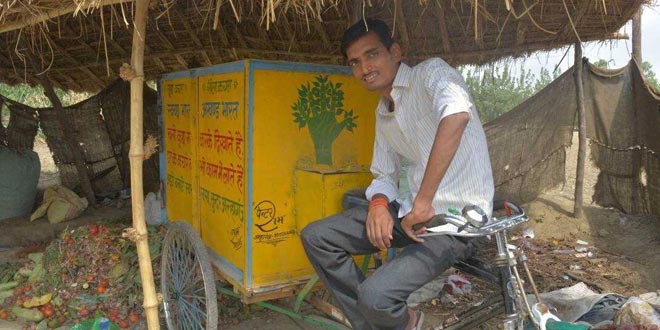 “Of late, India has witnessed thousands of cleanliness drives, from political leaders coming out onto the streets and sweeping roads to municipal bodies distributing dustbins, Swachh Bharat Abhiyan indeed has gained a momentum. But this is only half baked action, community participation will complete the other half,” says 28-year old Nagendra Agnihotri, founder of Navyakriti Foundation which is striving hard to make Uttar Pradesh’s Allahganj, a semi-urban town 100 per cent clean and healthy.  A law graduate, Nagendra travelled across India during his volunteering days and what struck him was the alarming levels of waste pile up in India.

Hence he decided to make the solution to this problem, his mission. Giving up a secured well-paying job, backed by a supportive family, he initiated a waste management in his own semi-urban town. Nagendra’s Solid Waste Management (SWM) project ‘KADAM: Cleanliness Towards Prosperity’ started in 2016

Coming from a family of teachers, Nagendra believed in practising before preaching.  He began by trying out all the waste management solutions like recycling, reusing, and segregation himself for the first 6 months, I wanted to make sure that I followed what I preached. Once I was through with the sanitation practices, I implemented it in my immediate neighbourhood and realised that it is only community participation that can bring a change in Allahganj.

Also Read: 13 Uttar Pradesh Villages Are Building Izzat Ghars Aka Toilets With Their Own Money As A ‘Ramzan Deed’

Here’s A The 3-Step Journey That Nagendra, The Swachh Warrior Followed –

From being ridiculed for giving up on a stable career option and choosing garbage collection, Nagendra also had to tackle the residents’ negative attitude towards caste and waste workers.  “My intention was to create identity and provide employment to the underprivileged community. People, including my close ones took time to accept this move,” says Nagendra. 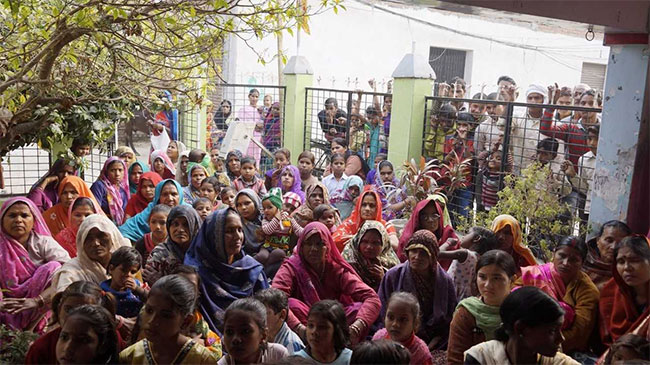 Bringing about a behavourial change towards segregation of waste in households of Allahganj was the next immediate step. Nagendra along with his team of five people conducted several ‘Prabhat Pheris’ or awareness campaigns and went from door-to-door requesting people to separate dry and wet waste. He also organised educative campaigns on health and sanitation exclusively for women, “When we explained how a clean environment can save them from falling ill, they were ready to adopt the practice of segregation,” says Nagendra.

To ease the process of segregation, he even distributed dustbins in many households, “After 3-4 years of endless convincing, people have now started to realise the importance of proper waste disposal,” he adds. 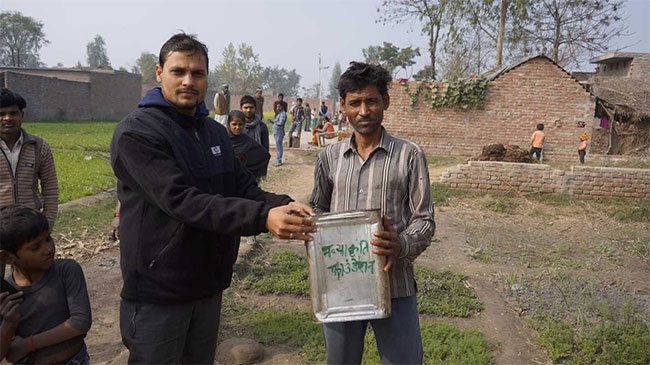 In a semi-urban town like Allahganj, only 50-60 per cent of the area is covered by the municipal workers and the garbage collected is dumped wherever they find an open dumping spot, says Nagendra. To overcome this issue, he approached the civic body and requested them to work in collaboration but that didn’t work out. So he gathered his team and decided to fill in the gap.

Every morning, ‘Prakriti Mitra’ (Friend of Environment) aka Mukesh, a waste picker takes the custom made vehicle and goes to 300 households and collects segregated waste. And households who do not segregate waste, he teaches them and makes them do it on the spot, “Being a semi-urban town, there is hardly any dry waste that is generated daily so separating garbage shouldn’t be difficult task. Hence some residents don’t mind spending a few minutes to segregate the waste,” says Nagendra. In the evening, Mukesh covers vegetable mandis, picks up the garbage and sends it for composting. 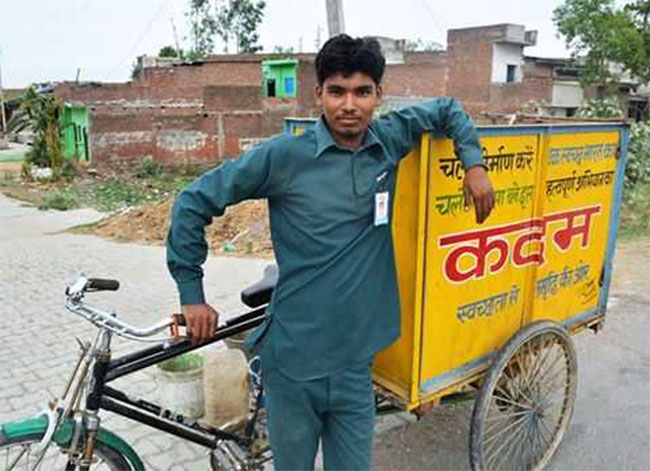 In the morning collection drive, Mukesh can’t afford to be late as people in Allahganj do not touch garbage bins after having bath and Nagendra doesn’t feel the need to change this traditional practice of people and hence the team is always on time.

There is always a financial crunch that the NGO faces. Hence, he made appeals to the 300 households to pay a user fee, “Charging a user fee like civic body is not an option for us. Hence, we have asked people to decide the fee and pay whatever they deem necessary,” says Nagendra. From Rs 5 to Rs 100, people give out the user fee at the end of the month.

Step #3: The Journey To Unburden the Dumping Yards 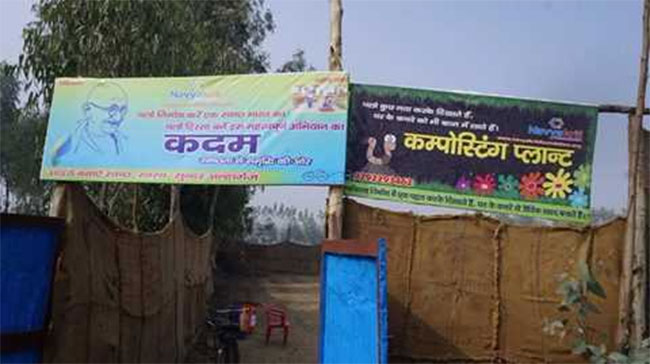 After implementing the door-to-door collection system, Nagendra’s main concern was to treat the waste collected from 300 households. With his own money he rented two plots in his village and installed a dry waste collecting centre and a composting pit.

The wet waste goes through composting and once the manure is ready, he sells it to the farmers residing in nearby areas, “initially the farmers didn’t understand the concept of organic manure as they were used to chemical fertilizers and pesticides. After repeatedly making visits and making them aware, they finally started to purchase the manure,” says Nagendra. He charges a nominal Rs 20 per kilo for the manure. 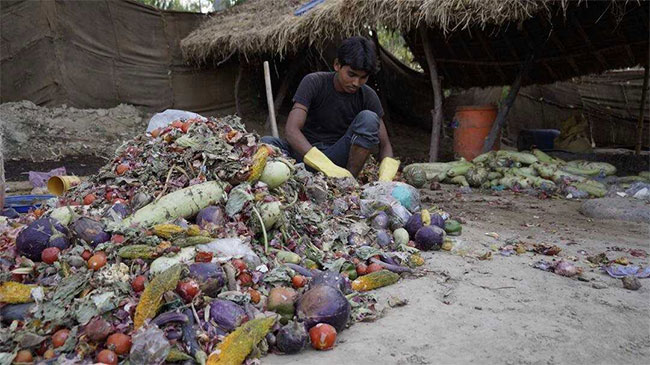 Waste collected from the vegetable mandis go into composting

Nagendra believes that this is just the beginning. He plans to expand his model to other nearby towns and villages. He is currently going from village to village and explaining his SWM model to village authorities. He is confident about bringing an attitudinal change in people but lack of manpower, poor financial situation and lack of infrastructure is increasingly becoming a problem for Nagendra. But this hasn’t discouraged him to expand his model and feels that it is challenges like these which help him and his team to do more in the future. 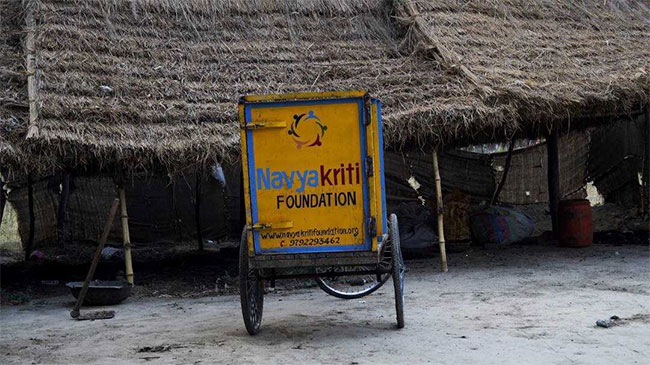 The project of protecting the environment must go on, Nagendra signs off.