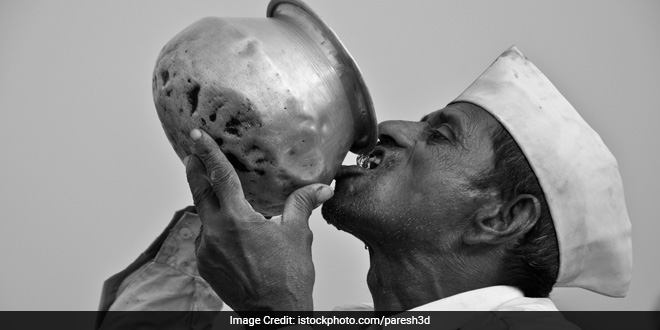 New Delhi: Around 74,548 habitations in the country have “quality affected” water and a programme has been launched to provide safe drinking water in the places where the natural resource is contaminated with chemicals like arsenic and fluoride, the government said today.

During Question Hour in the Rajya Sabha, members voiced concern over the fact that several habitations in the country are getting water that is unfit for consumption and causes diseases like cancer.

In his reply, Minister of Drinking Water and Sanitation Narendra Singh Tomar said 74,548 habitations in the country have “quality affected” water.

He said water in around 28,000 habitations is affected by arsenic and fluoride and a National Water Quality Sub Mission has been initiated at an estimated cost of Rs 25,000 crore to ensure better quality water.

Under the scheme, the state governments need to send proposals which the Centre may fund, he said.

The minister said several states like Uttar Pradesh, West Bengal and others had this problem of arsenic and fluoride in water.

Asked how the government was focussing on meeting drinking water requirements of the future, the minister said that even under Mahatma Gandhi National Rural Employment Guarantee Act (MGNREGA), the focus was on water conservation schemes.

Is Arunachal Pradesh Going To Be The Next Open Defecation Free State?