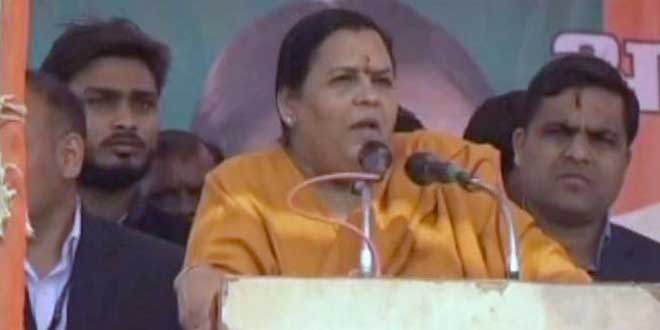 New Delhi: Union Water Resources Minister Uma Bharti today launched a cleanliness fortnight in the ministry and administered ‘Swachh Bharat‘ (Clean India) pledge to the employees. Lauding the flagship campaign of NDA government at the Centre, she asked the officers and employees to keep their offices and residences clean. Along with the main function in the national capital, simultaneous events were organised in Uttar Pradesh, Rajasthan, Maharashtra and Uttarakhand, an official statement said.

The ministry also sought participation of NGOs, community groups and industrial houses in this programme, the statement said.