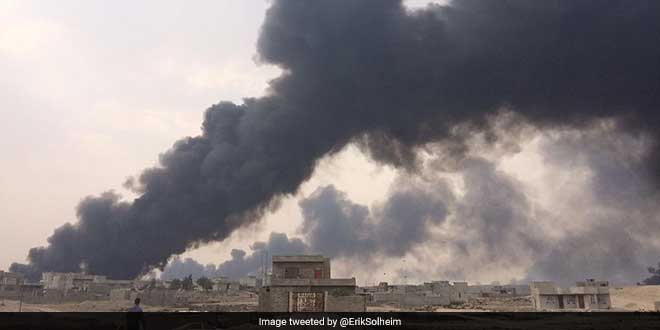 New Delhi: Delhi was faced with a complex set of meteorological factors in early November, when air pollution levels had peaked, according to the Central Pollution Control Board (CPCB). The situation, from November 7 to12, was more hostile as compared to last year’s peak pollution episode, recorded from October 30 to November 7, CPCB’s air lab chief Dipankar Saha said. According to data shared by the CPCB, the concentration of PM2.5, particulates measuring less than 2.5 microns, ranged between 357 and 611 microgram per cubic metre (ug/m3) during this year’s week-long emergency pollution spell. Last year, the levels oscillated between 197 and 709 ug/m3.

Products of vehicular and industrial combustion among others, PM2.5 are air-borne particles which can lodge deep in the lungs and trigger respiratory and cardio-vascular diseases. However, what complicated the situation this time include low mixing height (layer where particulates and air mix), a drastic fall in wind speed, lower temperature and higher humidity, factors which favour rapid accumulation of pollutants.

Relative humidity oscillated between 60.2-75.8 per cent this time, as compared to last year’s 47.8-63.3. High humidity signifies the presence of moisture in the air, which helps trap pollutants near the surface, spiking levels of pollution. Lastly, average levels of temperature hovered between 21.6-23.6 degrees Celsius, lower than 22.9-26.1 recorded in 2016.

During winters, there is a drop in inversion layer, which is a boundary beyond which pollutants cannot disperse into the upper layer of the atmosphere. It is caused by drop in minimum and maximum temperatures.

The perilous levels of pollution had forced a series of emergency steps this time as well as in 2016, including closure of schools, thermal power plants, diesel generator sets, entry of trucks and construction activities in the national capital.