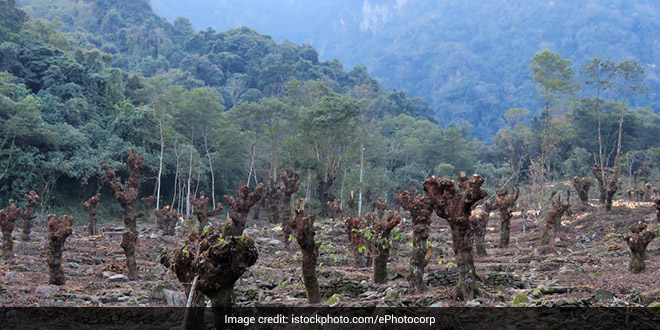 New Delhi: World Environment Day 2021 marks the launch of the United Nations Decade on Ecosystem Restoration, a 10-year push to halt and reverse the decline of the natural world. United Nations Environment Programme defines an ecosystem as a place where plants, animals and other organisms, in conjunction with the landscape around them, come together to form the web of life. Ecosystems can be large, like a forest, or small, like a pond. However, in the recent past, human activities have destroyed many ecosystems that have resulted in the outbreak of numerous diseases and pandemics.

Also Read: Opinion: At War With The Ecology- The COVID-19 Pandemic Is The Biggest Environmental Crisis Precipitated By Humans

Destruction Of Ecosystem And The Emergence Of Pandemics

In an interview with NDTV, Mr Bhushan explained the emergence of zoonotic diseases (which spill over from animals to humans) as a result of the destruction of the environment. He said,

One of the fundamental reasons for zoonotic diseases historically has been the destruction of environment and ecosystems. For example, it is generally believed that many of the zoonotic diseases including Zika, Nipah, West Nile fever and Rift Valley fever happened because of animal and humans coming in contact with each other because of deforestation. There are other reasons why zoonotic diseases occur and one of the fundamental reasons is the practice of eating exotic animals. For example, COVID-19 is also possibly linked with the eating of exotic animals. And then the third factor for zoonotic is when we start producing animal food in a very intensive manner by pumping antibiotics and other things. For instance, Swine Flu is linked to pig farms. Now, all three factors are related to the destruction of the environment or are intervention in the ecosystem.

The COVID-19 pandemic is also said to be a result of human invasion into the environment and the ecosystem. With biodiversity lapsing and the environment degrading, the world is in danger of having more pandemics in the near future.

Urging the need to protect the ecosystem and in turn ourselves, Mr Bhushan said,

I am afraid that COVID-19 is not going to be the last pandemic that humanity is going to face. In 20 years of the 21st century, we have already had three pandemics whereas in the 19th century we had just one major pandemic. So, the frequency of pandemics is increasing and it is important that we recognise it and therefore, the decade of ecosystem restoration which is the theme of this year’s environment day is very very important.

20 Per Cent Of Global Landmass Has Been Degraded

Degradation of 20 per cent of the global landmass has happened largely because of deforestation, intensive agriculture and urbanisation, said Mr Bhushan. Essentially, this means that we have degraded our soil, we have eliminated forest and therefore, we have reduced the diversity of wildlife.

20 per cent of the global land mass is equivalent to 2 billion hectares of land which is about 6 times the size of India. So, the large scale degradation of land and therefore, animal and plant lives and micro-organisms who would depend on those lands have had an extensive impact on ecosystem goods and services, said Mr Bhushan.

The environmentalist also noted that due to land degradation many of the micro-organisms which we do not even know existed could have perished by now because our ability to find animals is also limited. A large number of animal species would have perished because of human intervention on land and also on marine.

The Link Between Climate Change And Diseases

Melting glaciers, diminishing green cover, rise in temperature are all a result of climate change. But how is it linked to the outbreak of diseases? Elaborating on the same, Mr Bhushan said,

Increase in temperature is going to change the range and characteristic of micro-organisms as well as the carriers of those micro-organisms. What it means is that because of the increase in temperature mosquitoes, for example, will be found at higher altitudes so you now see malaria reaching higher reaches of the Himalayas. Similarly, some of the micro-organisms, some of the disease causing vectors are likely to reach places where they won’t reach because of temperature. In colder climate, you do see less number of some of disease causing vectors.

Similarly, virus and bacteria which survive on higher temperatures are likely to survive within the human body as well and this will have its own implications on our disease fighting ability, added Mr Bhushan.

Therefore, there are multiple ways in which an increase in temperature is going to impact both where the disease reaches, in as well as our ability to fight the disease. Hence, it becomes crucial to restore our ecosystem and protect the environment and human life from future outbreaks.

World Environment Day 2021: Ministers And Celebs Urge Their Followers To Restore The Ecosystem