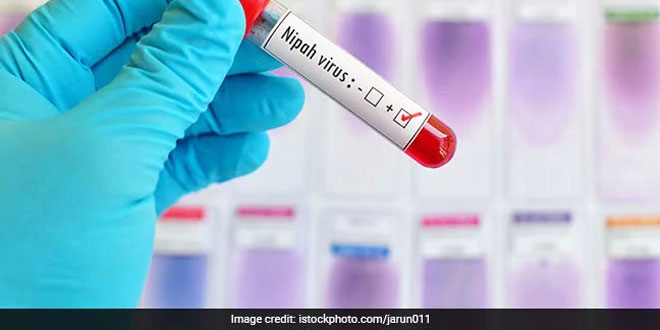 New Delhi: Over three years after it first ravaged Kozhikode and Malappuram districts of Kerala, a case of the contagious Nipah virus was reported again in the state on September 5. The state, which is seeing a huge surge in COVID-19 cases accounting for 60 per cent of all new cases in the country has been put on high alert after the death of a 12-year-old boy in Kozhikode district. Testing is going on for more samples, in a bid to contain the spread of the deadly virus. According to Kerala Health Minister Veena George, even though all samples of the boy’s contacts sent to the National Institute of Virology (NIV), Pune so far have tested negative for Nipah Virus, the state has stepped up its measures and started field surveillance.

Earlier in May 2018, during the first Nipah virus (NiV) disease outbreak in the Kozhikode district of Kerala, the state had witnessed 17 deaths and 19 confirmed cases. Over 2,000 people in Kozhikode and Malappuram districts were quarantined and kept under observation during the period of the outbreak which was officially declared over on June 10, 2018. A single case had been reported in Ernakulam district of Kerala in 2019, but there was no fatality. Apart from Kerala, Nipah was also detected in Siliguri and Nadia districts of West Bengal in 2001 and 2007 respectively causing around 50 deaths.

As the threat of the Nipah virus re-emerges in Kerala here are 10 things to know about it: