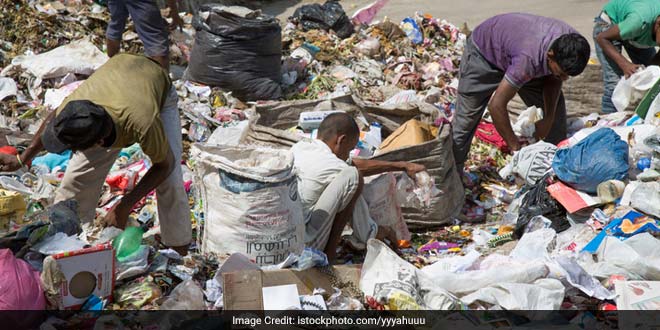 New Delhi: Urban India produces a lot of garbage. 1,41,064 metric tonnes of it every single day, to be specific. This makes India the third largest producer of waste in the world and is, by the Ministry of Urban Development’s own confession, one of the “biggest challenges that our cities face today, not only in terms of environmental and aesthetic impact but also a potential threat to public health”.  In an attempt to manage this waste, the ministry recently announced that on the upcoming World Environment Day (June 5), 4,041 cities would work towards 100 per cent waste segregation at source. It is something that experts believe should be made a norm to deal with the growing piles of waste in our overstretched landfills.

Essentially, source segregation refers to the segregation of waste being done by those who generate it—households, eateries, schools, offices, etc. All of these would be responsible for sorting and segregating the waste they produce before it enters the municipal solid waste system.

“I think it is a positive step by the Ministry of Urban Development. It is a bold and welcome initiative. It’s nice to see Indians trying to set a record related to the environment. I have visited several municipalities who are already seriously thinking about this. For instance, Chandigarh is very seriously thinking about how to get people to do source segregation,” says Bharati Chaturvedi who is the director at Chintan, an NGO which works in the space of solid waste management.

“Considering that India has a dense population and limited resources, source segregation is the most economically viable option. Sorting after collection can be very capital intensive,” says Puneet Srivastava, Manager-Policy, WaterAid India, explaining why source segregation makes the most sense for India in terms of policy.

This is a sentiment reiterated by most experts who have lauded the ministry’s announcement as a critical move towards trying to mitigate India’s problem of ever-growing waste and ineffective management. However, some like Srigopal Jagtap, Head, Solid Waste Management and Sanitation, BASIX, believe that the initiative needs to be a long-term one if it wants to inculcate it as a habit among citizens to segregate their waste.

Read More: Waste Management: How India Is Drowning In Garbage

“For the initiative to work, we need a committed team on the field educating people. It can be difficult to convince people to segregate waste and is a habit that, in my opinion, will not take root with a month or a few months,” says Mr Jagtap who has worked in the space of solid waste management for over a decade and has been extensively involved in creating awareness about source segregation in Indore.

Currently, the ministry plans to run the campaign for roughly four months, from June 5 to October 2. This will include a multimedia campaign to disseminate information and city-level meetings with stakeholders. Additionally, municipal staff and health workers will also be trained on the steps to be followed and how they could ensure that waste received is segregated properly.

“If we manage to relay this message people in a proper, different and consistent way, there is no doubt that we could reach a point where there is preliminary segregation of all of our waste,” he says, adding that it would be a good idea to get volunteers and NGOs extensively involved in the process.

According to experts, to ensure the programme’s success, urban local bodies would have to work on making sure that every household has the right bins to segregate waste, the garbage collection vehicles have the capacity to store this waste separately and that there would be plants to scientifically treat the waste collective in an effective manner.

“A robust door-to-door collection service covering every household is required to collect this waste and guide people on how they can properly segregate the waste they generate,” says Aparna Susaria, Director, SWaCH, a cooperative of self-employed waste pickers. 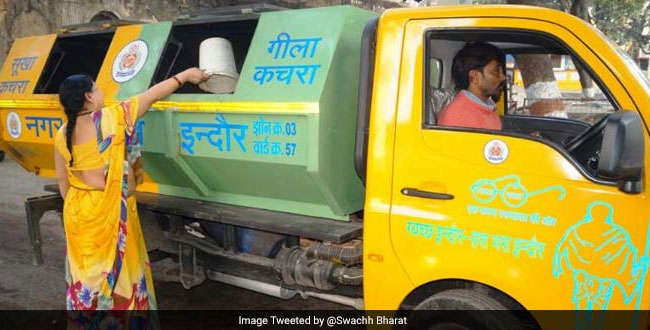 Touching upon the same point, WaterAid’s Mr Srivastava says that municipal bodies need to ensure that they have systems in place that allow the waste to remain segregated when it is collected and transported to the treatment sites.

“This is essential to ensure that the appropriate treatment technology can be applied to the waste in the most economical way,” he explains, “Additionally, if people see that the waste they segregate on an individual level simply gets mixed up, they’re not going to continue doing it.”

Integrating the Informal Sector of Ragpickers

A ready resource to help implement this source segregation are the ragpickers or waste collectors who are a part of the informal sector that powers waste collection and sorting in India.

“From our experience in collecting waste and promoting its segregation in Pune for the past 25 years, we have realised that the informal sector is the best resource out there and the most sustainable. If we integrate them into the municipal waste collection system, awareness can be created more effectively and the coverage of waste collection services can be drastically increased,” says Ms Susaria.

Difficult But Not Impossible

If anything is clear, it is that India seriously needs to think about segregating waste at the level of its households, schools, restaurants, hospitals, and everywhere else—exactly where it is generated. A few good habits could go a long way in lessening the amount that goes unutilised despite there being a potential to recycle and reuse and the burden on our already overflowing and overburdened landfills. However, an integrated approach which educates and equips all stakeholders with a long-term dream of effective waste management is what will help make this campaign successful.