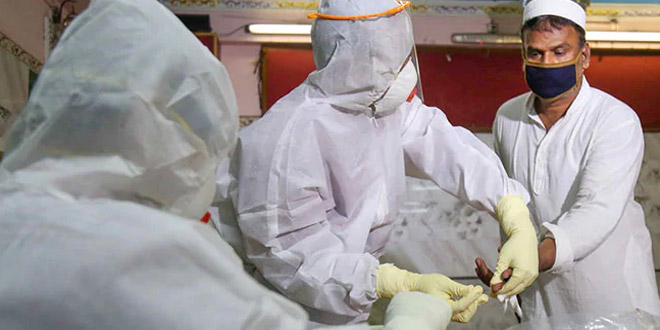 New Delhi: As many as 120 well-equipped Mobile medical units have reached the urban slums at a time suitable for the local population in Chhattisgarh, the state government said on Friday (December 11). Chhattisgarh government in its official release listed many initiatives taken by it to fulfill its promise of providing health and housing facilities to the poor people of the state. “The Mukhyamantri Slum Swasthya Yojna was an initiative started by the Chhattisgarh government to provide free and quality health care services to the needy. Under the scheme, 120 well-equipped Mobile medical units reached the urban slums at a time suitable for the local population. Professionals, specialist doctors provide free consultation, diagnostic services, and medicines to the locals in these mobile medical units. Over one lakh people have been benefited by the scheme in just five week time of its launch,” the release said.
The Chhattisgarh government has also recently launched a new initiative towards women empowerment. According to the release, an all-women special mobile medical facility ‘Dai-Didi clinic’ was launched across the slums and other localities of urban areas.

The mobile clinic intended only for the women patients will have women staff including a doctor, paramedical staff, technician, and auxiliary nurse midwife (ANM). The clinic will have provisions of all primary health care facilities besides the treatment and diagnosis of diseases related to women’s health and well-being. Without hesitation, women can interact freely with the dedicated female health providers and get themselves counselled on issues related to gynecology, pregnancy, and reproductive health. The mobile units are also equipped with sanitary pad dispensers, provide health supplements to pregnant women, aid in family planning, and help in fighting malnutrition, the release stated.

According to the release, the Chhattisgarh government has set forth to fulfill its promise of providing landholding rights to the landless urban population through legislation, under which, the people who had been in possession of the land parcel prior to November 19, 2018, are being given land ownership rights.

Through this landmark decision, more than two lakh underprivileged urban families of the state will be benefited directly. Moreover, under the ‘Mor Zameen-MorMakaan scheme’, they shall also be entitled to receive direct financial assistance up to 2.5 lakhs for fulfilling their dreams of becoming a ‘pucca’ house owner. Representation for the Divyangjan To provide adequate representation to the Divyangjan, the Chhattisgarh government changed their Municipal acts of 1956 and 1961 and made sure that this vulnerable section of the society gets its voice in the third tier of the Government through reservations for the posts of Aldermen in the ULBs, the release said.

Boost to beneficiary led Urban Housing Since the inception of the PMAY (Urban) in June 2015 to the formation of the new Government in the State in December 2018, only 8,000 Dwelling Units were completed.

The State then changed its strategy focusing on providing direct financial assistance to the Urban Poor instead of the age-old contractor-based model. With this paradigm shift, more than 80,000 Dwelling Units have been successfully completed till date, the release said.