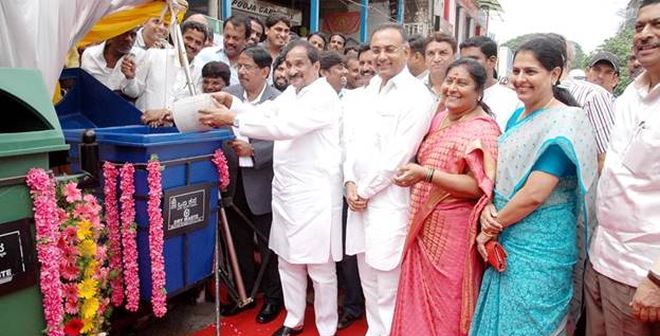 New Delhi: 17 years after clearing garbage from the city under a no-dustbin policy, Bruhat Bengaluru Mahanagara Palike (BBMP) has now decided to re-install garbage bins across the city to support government’s mega waste management campaign and two-bin policy – Green for wet waste and Blue for dry waste. Bengaluru’s Development Minister, KJ George and Mayor, G Padmavati recently inaugurated the installation of these new dustbins near National Market in the city. Within next 15 days, the city will have around 2,332 dustbins, all of which is being installed at a cost of 47.18 lakhs.

Speaking to NDTV, Mayor, G Padmavati said, we have seen lot of littered garbage on the roads of Bengaluru and we think the prime reasons for littering on the roads is that people don’t have places to discard their trash. That’s why we are bringing back the dustbins. The current door-to-door garbage collection model is not working out for the BBMP in commercial and slum areas. This is our way to fix it.

From No-Dustbin Policy To Twin Dustbin System – What Will Change? 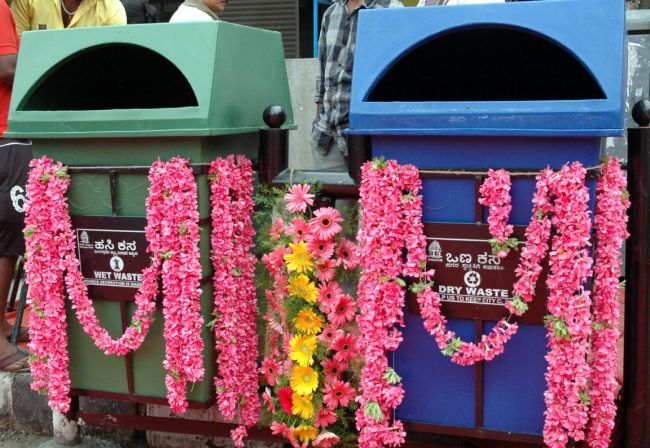 Explaining what it means for the city to have two dustbins, G Padmavati added, from now onwards, people will have to be careful about what they throw in the trash bins which is being installed across the city in a pair of Blue and Green dustbins. Each of these bins has a capacity of 200 litres, as a conscious citizen, people will have to throw the respective waste in the allotted bin – Green for wet and Blue for dry. Our collectors will move around the city every day to make sure the bins are properly cleaned. If the bin is full, the collectors will empty it and then manage it accordingly.

Highlighting the process of waste treatment, G Padmavati said, “We will send the dry waste to our recycling plants and wet waste will be used for the purpose of composting.”

Apart from the installation of litter bins in public places, the BBMP to up its waste management game is also planning to take over the entire process of solid waste management thereby eliminating the role of private contractors.

Unlike many other cities which are opting for a two-bin system at household level, Bengaluru has opted to install the two-bin system at commercial areas, the reason is that, currently, Bengaluru residents already segregate their waste at source with 2 bin and one bag system. Since, the waste segregation at source was working fine at household level, Bengaluru opted to change its overall policy by introducing new bins at commercial places.

It was in the year 2000, when then Chief Minister SM Krishna declared his wish to make Bengaluru like Singapore. He set up a new garbage policy in the city in which street dustbins were replaced with a door-to-door garbage collection system. To prevent public littering – Dumping garbage on street corners was made illegal and violators were subjected to hefty fines.

This was called a ‘bin-free’ policy and was a part of the Swaccha Bangalore, an initiative taken up with the help of BATF (Bangalore Agenda Task Force), which was formed by the Karnataka government in 1999.

Before this policy came into place, large cement bins were set up at street ends and residential areas.

But, old habits die hard! Despite the ban and laws being in place, Bengaluru is still dealing with a lot of garbage issues, as people still throw garbage on the roadside. To deal with this situation, this new step has been taken up by the BBMP.