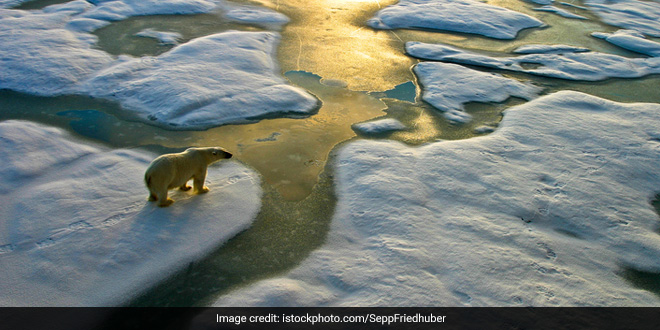 2021 was the most financially destructive weather event of the year: Study

New Delhi: 2021 was a make-or-break year for climate action, according to the World Meteorological Organization, with the window to prevent the worst impacts of climate change, which include ever more frequent, more intense droughts, floods and storms, closing rapidly. The extreme weather-related calamities through the year across the globe almost proving that climate crisis is now a reality and it is indeed a ‘code red’ as stated by the Intergovernmental Panel on Climate Change (IPCC).

A recent study published by the charity Christian Aid says that 2021 was also the most financially destructive weather event of the year. The study identified 10 extreme events that each caused more than USD 1.5 billion of damage. The biggest financial impacts were from Hurricane Ida which hit the US in August and flooding in Europe in July, it reports. Cyclone Yaas, which struck India and Bangladesh in May, caused losses valued at USD 3 billion in just a few days. The study also named Cyclone Tauktae that India, Sri Lanka and Maldives faced in May.

From forest fires to floods to locust infestation rising global temperatures already causing havoc. It has been estimated that the world is currently 1.1 degree Celsius warmer than the pre-industrial years. According to the IPCC, the years 1850-1900- the pre-industrial years- have been taken as the basis for comparing the rising average global temperature.

Hence, all the focus on limiting the world’s rising temperatures formed the core agenda of COP26, the 26th annual climate summit called Conference of Parties. The countries gathered for COP26, to discuss how to limit global warming and also about how to adapt to a warmer world and cope with the impacts of climate change.

The COP26 agreement acknowledges that commitments made by countries so far to cut emissions of planet-heating greenhouse gases are nowhere near enough to prevent planetary warming from exceeding 1.5 degrees above pre-industrial temperatures. Therefore, it asks governments to strengthen those targets by the end of next year, rather than every five years, as previously required.

The pact for the first time includes language that asks countries to reduce their reliance on coal and roll back fossil fuel subsidies, moves that would target the energy sources that scientists say are the primary drivers of manmade climate change.

The deal made some headway on the demands of poor and vulnerable countries that wealthy countries responsible for most emissions pay up. The deal, for example, “urges developed country Parties to at least double their collective provision of climate finance for adaptation to developing country Parties from 2019 levels by 2025.”

The United States and the European Union spearheaded a global methane cutting initiative in which around 100 countries have promised to reduce methane emissions by 30% from 2020 levels by 2030. Companies and investors also made a slew of voluntary pledges that would phase out gasoline-powered cars, decarbonise air travel, protect forests, and ensure more sustainable investing.

According to experts, while the Glasgow Climate Pact made some progress in terms of emissions-cutting goals, it has completely undermined the concept of climate justice.

Climate justice is the fair treatment of all people in the creation of policies and implementation of actions that address climate change, according to the United Nations Environment Programme.

The summit did not deliver enough emissions-cutting pledges from countries to set a clear path to limiting warming to 1.5C. Instead, it struck a deal for the nearly 200 countries represented at the event to increase their pledges next year to close the gap. Governments’ current pledges to cut emissions this decade would lead to 2.4C of warming.

India had committed to achieving 40% of its installed electricity capacity from non-fossil energy sources by 2030. As per the government statement, the country has achieved this target in November 2021 itself.

Avinash Chanchal, Senior Climate Campaigner at Greenpeace India tells NDTV that the outcome of COP26, for its restricted and diplomatic language, might look like another pact taking small steps forward when we need confident decisions to limit the warming within 1.5C. He adds,

For people in developing and poor countries, following the developments from the global south perspective, the pact should have had strong commitments by rich nations for a just transition. However, this pact barely keeps the 1.5 target alive. But, there were also some positives that emerged out of COP26. This is the first time fossil fuels have been named and shamed in COP text pushing countries to ensure strict 2030 decarbonisation targets to reach the 1.5C goal. We would have liked the ‘phasing out’ of all fossil fuels and not just coal and further weakening of this draft by changing the terminology to ‘phasing down’ was certainly not desirable. The terminology change also reflects the trust deficit between the rich and poor countries as previous commitments have not been fulfilled. At the current state, developing countries are far too short of the funds needed for climate mitigation.

According to Sunita Narain, Director General, Centre for Science and Environment (CSE), a New Delhi based think tank, about 70 per cent of the world’s population needs access to carbon space for development; they cannot be told not to develop.

However, poor nations with miniscule per capita carbon footprint are asked to constrain their developmental health in trying to abide by the Paris Agreement. COP26 was supposed to confront this inequity and ensure that it is addressed while securing low-carbon pathways for the world, she said.

COP26 failed at climate justice, she said and pointed out,

Civil society and activists were locked out of the discussions; major developed countries who are big polluters did not commit to domestic fossil fuel phase-out, only to halt funding it internationally. An upwardly increasing climate finance goal was not agreed upon. The final text acknowledges the needs of developing countries for climate finance and sets out a process to deliver on those needs. Finance for ‘Loss and Damages’, which refers to the cost of destruction caused by extreme weather events, was not announced.

Ms Narain further asserts that the parties to the pact have failed to understand that climate justice is the pre-requisite for effective climate action- it has to be the bedrock of action.

We cannot erase the fact that certain countries – the United States, European Union, UK, Canada, Australia, Japan and Russia and joined now by China – have consumed roughly 70 per cent of the carbon budget, the space in the atmosphere that is available to keep the world below the 1.5 degree Celsius temperature rise.

Mr Chanchal asserts that the next 10 years are going to be crucial and countries must ensure the pledges and commitments made in Glasgow are translated into action on ground.

As COP27 goes to Egypt next year, all the countries need to come up with stricter plans to halve emissions by 2030. We are running out of time and any further delay means pushing 1.5C out of reach. We have to be creative and bold in doing business and trade in a way that we prioritise the planet over profit. And there is certainly no space for the great ‘greenwashing scam’ or carbon offsets by the big polluting industries, he said.