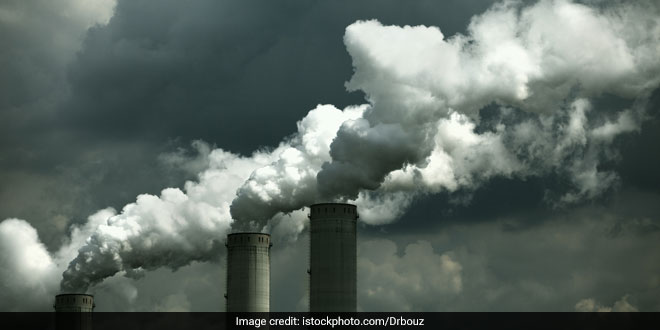 New Delhi: The Intergovernmental Panel on Climate Change (IPCC), the biggest UN scientific body feeding climate science to policy-makers, in its landmark report predicts that India could have hotter summers at least by 1.5 degrees Celsius if no actions are taken soon and warn that time is running out to avert disaster. There will be worst climate extremes like severe droughts and floods. It says that the situation is going to worsen with 1.5 degrees increase, and hence India must quickly get its act together now. IPCC, in its special report released on October 8 in Incheon in South Korea, documents glaring evidence of the devastating impact of climate change on the poor and developing countries.

The report makes it clear that the promises made by 55 countries, together representing at least 55 per cent of global greenhouse emission, which participated in the United Nations Climate Change Conference held in 2015 in Paris, are not enough. Avoiding global climate chaos will require a major transformation of society and the world economy that is “unprecedented in scale,” the UN said. CK Mishra, Secretary, Ministry of Environment, Forest and Climate Change, Government of India said, “It is a tough call whether we are talking about 1.5 degree or 2 degrees but many countries are on course, it takes time, I think it will happen, it is wrong to say we are not doing anything about it.”

Read Also: What kind of pollution control are you doing: SC to Centre

Earth’s surface has warmed one degree Celsius (1.8 degrees Fahrenheit), enough to lift oceans and unleash a crescendo of deadly storms, floods and droughts, and is on track toward an unlivable 3 Celsius or 4 Celsius rise, reports IPCC. The Centre for Science and Environment (CSE) has done a detailed assessment of the findings of the IPCC report. Chandra Bhushan, CSE’s Deputy Director General and head of its climate change unit said, “The report makes it clear that the impact of 1.5 degrees OF increased warming is greater than what was anticipated earlier. Accordingly, the world will witness greater sea level rise, increased precipitation and higher frequency of droughts and floods, hotter days and heat waves, more intense tropical cyclones, and increased ocean acidification and salinity.”

Coastal nations and agricultural economies like India would be the worst affected. The decline in crop yields, unprecedented climate extremes and increased susceptibility could push poverty by several million by 2050. Mr. Bhushan said, “Countries like India, with large populations dependent on agricultural and fishery sectors, would be highly impacted. While a 1.5 degrees rise in global temperature will be precarious, a two-degree rise would be catastrophic. The report points out that the risk transition from 1.5 degrees to two degrees is very high and that the effects at two degrees will be more devastating than what IPCC’s Fifth Assessment Report had indicated. The world cannot afford a warming of two degrees above the pre-industrial era. A world warmer by two degrees will devastate economies and ecosystems and push hundreds of millions of people back into poverty.”

Read Also: It’s Only October And India’s Air Quality Index Is Rocketing, It Is Making Us Sick: Dia Mirza

India is already seeing the effects of global warming from floods to droughts and heatwaves. Megacities like Delhi and Bengaluru will suffer a major brunt. These have become what scientist call ‘Urban Heat Islands’ and have gone past the 1.5 degrees red line figure of warning. Sunder Rajan, Environmentalist said, “Government of India largely depends on coal for power generation and we largely depend on individual means of transportation, we have to move on to more renewable resources and move on to a public transportation system which would not pollute and does not emit carbon dioxide”. Environment Secretary CK Mishra assures that even though India missed the deadline of 2017 end to begin cutting emission at coal power plants but from 2018 onwards more practical measures will be adopted and by 2020 India will be able to achieve all emission norms.

In view of the grim warning of the IPCC report, the CSE has appealed to the world to focus exclusively on limiting warming to 1.5 degrees instead of two degrees above the pre-industrial average to give the communities and nations a fighting chance to avoid the worst impacts of climate change, which is the upper limit of the temperature goal mentioned under the 2015 Paris Climate Change Agreement. In order to limit warming at 1.5 degrees, the world will have to reduce Carbon Dioxide emissions by 45 per cent by 2030 from the 2010 levels and reach net-zero emissions by 2050.

Written with inputs from Press Trust of India.

Related Topics:
Pollution
Up Next

What kind of pollution control are you doing: SC to Centre