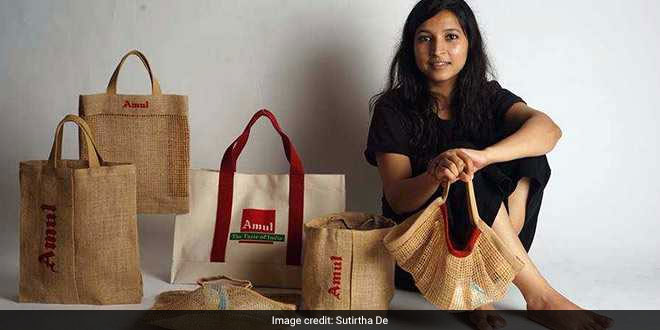 New Delhi: From being a major polluter of marine litter, choking drains, causing heavy floods to being a cause of death for animals, polythenes, especially ones below 50 microns, is turning out to be more of a curse than boon. Opting for eco-friendly alternatives is the need of the hour and 27-year old Shanvi Gupta, a resident of Jharkhand, has designed a bag which can replace plastic carry bags.

Also Read: California Brings Down Its Plastic Bag Litter By 72% Within 7 Years

I have always been concerned about the omnipresent plastic materials especially polythenes in all our lives. Being a design student, I wanted to design a bio-degradable and eco-friendly material and what better than bags, which is used by every age-group, gender and class.

Considering the number of plastic carry bags people require at milk centres, Shanvi chose to start her project against plastic menace at the Amul milk centres. She conducted a 6-8 month extensive research on consumer behavior and type of requirements. The research was done in collaboration with jute industry under sponsorship from National Jute Board, Ministry of Textiles, Government of India and the dairy cooperative Amul. Shanvi would sit outside Amul parlours regularly.

Before designing any product or material, it is necessary to study the pattern of consumers to cater to their feasibility. Since Amul has a wide customer base, I observed the people and how they carried their carry bags. If they travelled by a two-wheeler where they would hook their bags, the number of bags they would buy, what age group would generally buy the milk and so on, were things we kept in mind while designing the bag. To make the entire approach more interesting I gave a fashionable look to the bag that would easily attract the buyers, explains Shanvi.

The design of the bag will cater to delivery boys and consumers who directly buy from the Amul parlours. Different bag variations have been developed by Shanvi which include potli, balloon bag, see-through and other such bags. As for its cost, since it is higher than the regular plastic bags, the milk company is in talks with National Jute Board to acquire the bags at subsidised rates.

The Jute bag pilot project will be implemented in 200 milk centres across Ahmedabad. A total of 10,000 jute bags have been manufactured by the local vendors which will available in 15-20 days. 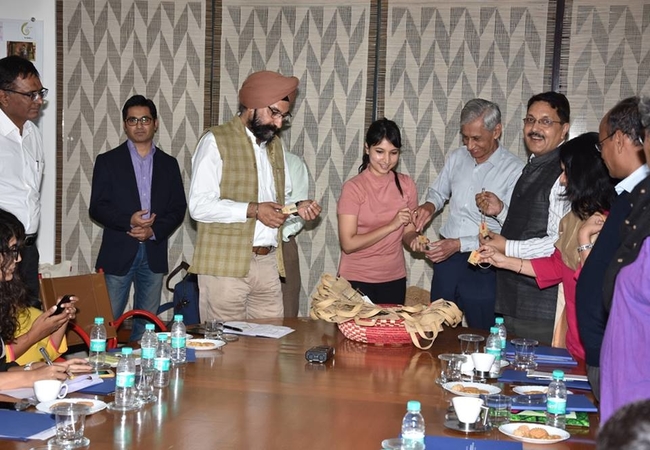 Depending upon its success, the concept of Jute bags will be introduced in other parts of the state.

Bhopal Gas Leak: 33 Years On, No Solution For Idle Toxic Waste At The Site That Continues To Pollute The Environment