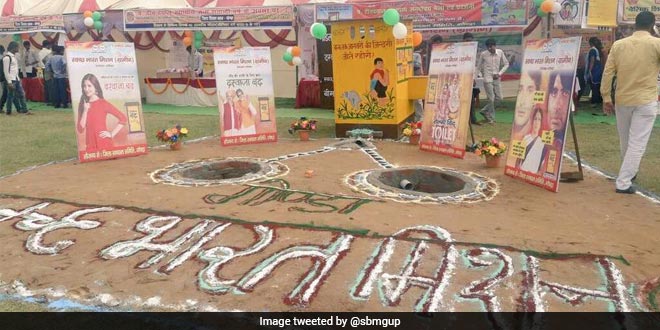 Mumbai: ‘Awareness is a key ingredient in success. If you have it, teach it, if you lack it, seek it.’ This very principle was adopted by Uttar Pradesh’s Gonda district when they kickstarted the movement of making the district open defecation free (ODF). Treating awareness as the most important element in the toilet building activity, the local authorities left no stone unturned to make swachhta a mass movement. Result: Gonda installed over 32,065 toilets in just 120 hours or five days.

On March 26, ‘Mission 32’ was launched in wee hours of the morning across 16 blocks. The purpose of the mission was to construct 32,000 toilets over a period of five days. 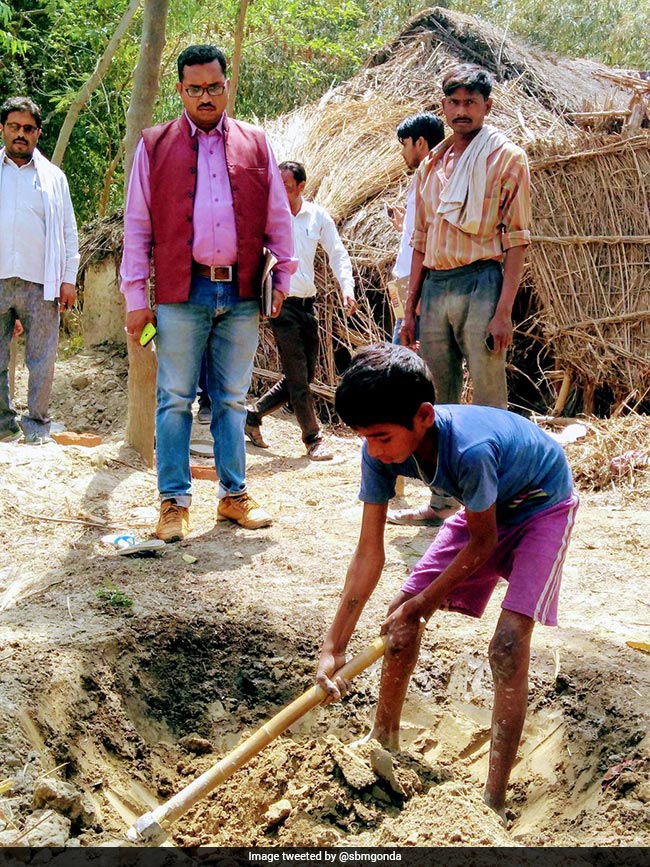 The Zilla Swachh Committee came up with the idea to transform the toilet building process into a mass movement. The idea was to create an atmosphere of celebration to attract maximum number of people. We made people an integral part of ODF so that there is a sense of emotional attachment with toilets.

Villagers who were passionate about the sanitation cause and active in spreading awareness were appointed as ‘Swachhagrahis’. “The awareness process becomes easier when the education is imparted by someone who is from the community. By bringing the swachhagrahis into the process we noticed that people were more willing to listen and implement the practices,” said Mr Singh.

The Swachhagrahis personalised the campaign by talking about issues like women’s safety, children’s health and hygiene, inconvenience of the elderly while defecating in open and so on. Awareness was the most crucial aspect of the journey believes Mr Singh.

Only when there is an effective behavioural change will people utilise the toilets. Two years back we noticed that people with newly constructed toilets were still defecating in open and using toilets as store rooms. Thus, we decided to shift our focus entirely on the awareness aspect. 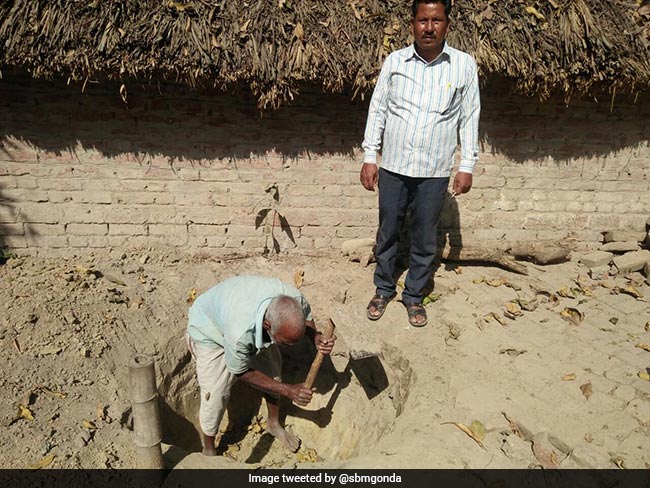 Spread across 1,500 villages of Gonda, the activity involved 4,000 workers and huge number of villagers. To make the process swift and smooth, toilet pits were dug and kept ready beforehand. Most of the people volunteered to dig the pits on their own, an indication of the excitement among people about accomplishing the goal of Mission 32, believes the district magistrate.  Just like the toilet pits, toilet construction material was transported to the sites well in advance by the administration.

In the entire activity, the work was halted only during the nights. For five consecutive days, people undertook different roles and diligently worked towards making the whole process a grand success, added Mr Singh.

The workers undertook the construction, gram pradhans took over the monitoring responsibility and the common man boosted the moral either by physically getting involved or by providing food and water to the workers.

On March 31, the people not only managed to meet the mission’s target but also surpassed it to build 65 additional toilets.

The district needed 2.50 lakh toilets to achieve the ODF tag. And inorder to make the toilet coverage 100 per cent by October 2018, 45,000 toilets needs to be built per month. So far, the district has constructed over one lakh toilets and made 150 villages ODF. 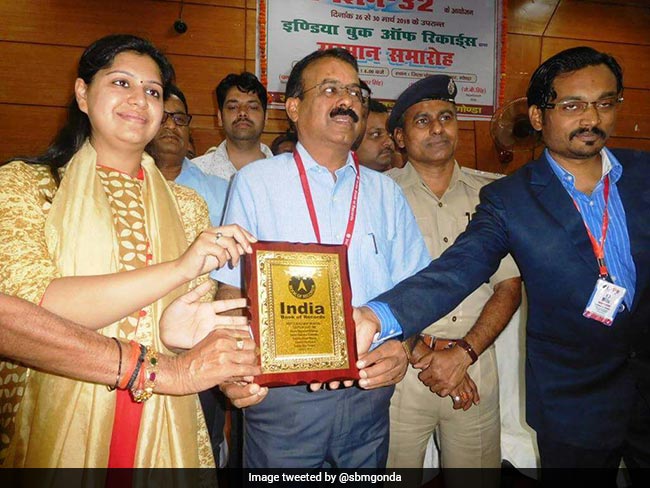 For this extraordinary effort of the people of Gonda, the India Book of Records presented a medal and a certificate to the district magistrate for making a national record in building most number of toilets in five days.

World Health Day 2018: Inefficient Management Of Waste Is A Cause of Deadly Diseases