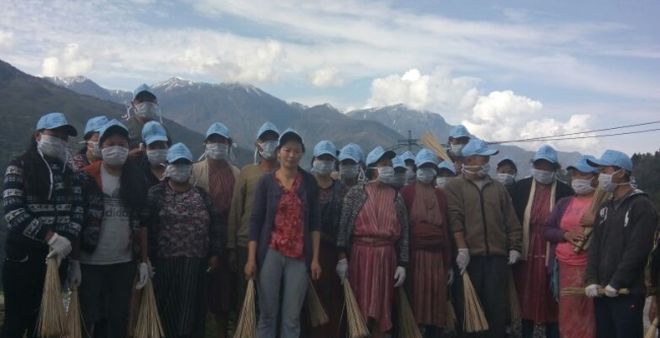 New Delhi: ‘The toilets you people are using is making Tawang dirty and sick’, when these words reached Yeshi Wangmu’s ears while she was attending the Swachh Bharat Abhiyan meeting in the district, she decided to find out more. Afterall the Abhiyan is aimed to fight ope defecation and Yeshi and her fellow citizens had toilets. First, 33-year-old Yeshi went to the experts to understand what the problem with the toilets already in use is. The issues, as she learnt, were that these crude toilets did not have water or flush system. Speaking to NDTV about her journey, Yeshi said,

Earlier, we had toilets without any water and flush system. Meaning, when we used to defecate, instead of flushing the feacal matter, we used to hide it with leaves and soil. Unknowingly, we were polluting the soil, the ground, and the nearby surroundings.

Also Read: Seeing Her Village Suffer From Diarrhoea On Regular Basis, This Warrior From Assam Started Her Swachh Crusade

Here every household had a toilet, but when I got to know the toilets which we were using were equal to practising open defecation, I decided to act upon it before it is too late. First, I decided to change toilet at my home, that’s when I realised what we were doing wrong all these years.

Thereafter, Yeshi started reaching out to more and more people in her district and started persuading them to change their toilets and make one with proper flush and water system so that the feacal matter is decomposed properly. Her journey was not an easy one, she recalls,

Initially, nobody was ready for this big change. Many times I was thrown out of their houses. But that didn’t stop me from going to their houses.

Yeshi used to go to individual’s houses twice a day and hold many meetings with panchayats, with one motive in mind – to take everyone on board and start the construction process for new toilets in the district.

When people were not agreeing to construct new toilets, I decided to give them the dose of fear. I went to their house and said, if you will not build a new toilet, you will not get Rs. 12,000 from the government and there will be no electricity supply in your house. That somehow started working in my favour, many people started the construction process of the toilets.

Today, Yeshi has motivated more than 200 people in the district to construct modernised toilets that are with water and flush system and has made her district free from waste and diseases. 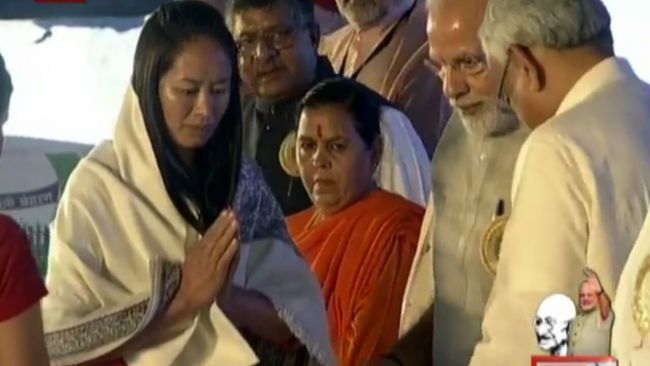 Everyone has an ability to do something for the country. I didn’t have any resource myself to bring about such a huge change, but I did make some contribution. All you need is dedication and desire to achieve something. I urge all of you who are sitting there, get up and simply talk to people. A lot can change, if you will start spreading the awareness to others, Yeshi signs off.

Yeshi Wangmu’s swachh efforts have also been praised by Prime Minister Narendra Modi, recently at Champaran where Yeshi was one of the swachhgarahi’s felicitated with a swachh certificate and Rs. 51,000.

The tireless efforts by Yeshi Wangmu from Tawang district make her a true Swachhata champion. She successfully initiated a behaviour change in the villages of Jang Block and brought about a shift in the community’s attitude towards open defecation. #ChaloChamparan #चलो_चंपारण pic.twitter.com/Ie16hF9L0D