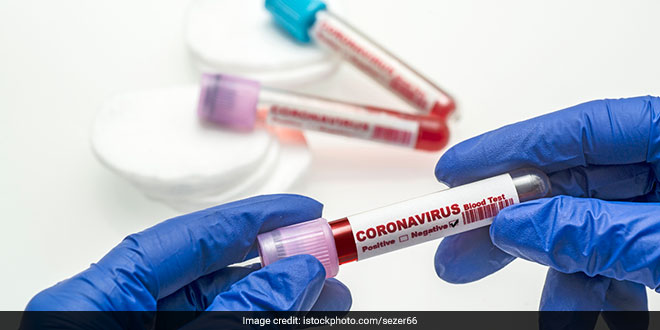 New Delhi: Expressing concerns over the healthcare workers being infected due to coronavirus, the Central government said that four states and two union territories are showing higher positivity rate among healthcare workers which includes – doctors, paramedics, nurses and other supporting medical staff.

What we track at the level of the health ministry is the positivity rate in healthcare workers as a group. Not only as doctors, but we also look at the nurses and paramedics. And then, we share it with the states and Union Territories because they are previous resources and there is a need to be alert and to protect our healthcare workers against the infection, Mr Bhushan said during a weekly media briefing on COVID19 update.

“We have drawn the attention of these states and Puducherry being the UT through the ministry of home affairs that this is one issue that needs to be addressed. Because it is important to know how healthcare workers are getting infected. Is it the hospital itself as it could be one reason, therefore there is a standard protocol for hospital infection control. Whether that protocol is being followed, if not it must be followed,” he said.

“Whether, adequate protection is being taken by the healthcare workers, i.e., donning and doffing of PPE. We have issued SOP on it. We have also recommended the buddy system,” said the health secretary.

Under the approach of the buddy system, two or more-person team is formed amongst the deployed hospital staff who share responsibilities for his/her partner’s safety and well-being in the context of (i) appropriately donning and doffing of PPEs, (ii) maintaining hand hygiene and (iii) taking requisite steps on observing breach of PPEs.

“Another, we have also drawn the attention of states and UTs to the localities from where these nurses, doctors and other healthcare workers support staff are coming to the hospital. And if they are bringing infection from those localities then we need to decide that those localities have been contained or not. In case, there is a need for containment or declaring them as buffer zones then that must be done. So there are SOPs in place and we insist that it must be complied with,” he said.

Last week, the Indian Medical Association (IMA) wrote a letter to the Prime Minister raising concern about deaths of healthcare workers deployed on covid19 management duty. IMA said in a letter that data collected by them indicate about over 307 doctors have died and around 2006 have been infected since the pandemic started in the country.

“188 of those who died are general practitioners who are the first point of contact for people. An inclusive National solatium for all doctors who have laid down their lives in the calling of the nation only would render justice to the sacrifice of their families,” IMA letter said.

IMA letter also pointed to a government figure which reveals that at least 87,000 healthcare workers have been infected with coronavirus while about 573 medical professionals have died due to COVID-19 virus.

So far, India has reported over 38 lakh COVID-19 cases while 67,376 people have died due to the infection. In the last 24 hours, the country has witnessed the biggest jump of 83,883 new coronavirus cases with 1,043 deaths.

Single Person Driving A Car Or Doing Exercise Does Not Have To Wear Face Mask: Health Ministry