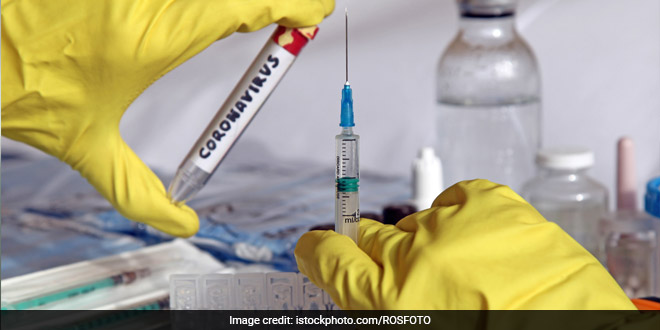 Moscow: Russia’s ‘Sputnik V’ COVID-19 vaccine, approved in the country last month, produced antibody response in all participants with no serious adverse events in small human trials, according to the first peer-reviewed results of the preventive published in The Lancet journal on Friday. Results from early-phase non-randomised vaccine trials in a total of 76 people show that two formulations of the vaccine have a good safety profile detected over 42 days, and induce antibody responses in all participants within 21 days.

The adenoviruses, which usually cause the common cold, are also weakened so that they cannot replicate in human cells and cannot cause disease, according to the researchers. These vaccines aim to stimulate both arms of the immune system — antibody and T cell responses — so they attack the virus when it is circulating in the body, and also attack cells infected by SARS-CoV-2.

When adenovirus vaccines enter people’s cells, they deliver the SARS-CoV-2 spike protein genetic code, which causes cells to produce the spike protein. This helps teach the immune system to recognise and attack the SARS-CoV-2 virus. To form a powerful immune response against SARS-CoV-2, it is important that a booster vaccination is provided, said study lead author Denis Logunov, from Gamaleya National Research Centre for Epidemiology and Microbiology, Russia.

The trials took place in two hospitals in Russia, and were open-label and non-randomised, meaning that participants knew that they were receiving the vaccine and were not assigned by chance to different treatment groups. The trials involved healthy adults aged 18-60 years, who self-isolated as soon as they were registered, and remained in hospital for the first 28 days of the trial from when they were first vaccinated.

There were 20 participants each in the frozen and freeze-dried vaccine groups, the Lancet study noted. To compare post-vaccination immunity with natural immunity formed by infection with SARS-CoV-2, the authors obtained convalescent plasma from 4,817 people who had recovered from mild or moderate COVID-19, they said. Both vaccine formulations were safe over the 42-day study period and well tolerated, according to the study. The most common adverse events were pain at the injection site, hyperthermia, headache, asthenia (weakness or lack of energy), and muscle and joint pain.

The authors note that these adverse effects are also seen with other vaccines, particularly those based on recombinant viral vectors. Responding to the findings, Naor Bar-Zeev from Johns Hopkins Bloomberg School of Public Health, US, who was not involved in the study said the trial results are encouraging but small on scale.

The immunogenicity bodes well, although nothing can be inferred on immunogenicity in older age groups, and clinical efficacy for any COVID-19 vaccine has not yet been shown. Showing safety will be crucial with COVID-19 vaccines, not only for vaccine acceptance but also for trust in vaccination broadly, Professor Bar-zeev said.

The authors note some limitations to their study, including that it had a short follow-up (42 days), it was a small study, some parts of the phase 1 trials included only male volunteers, and there was no placebo or control vaccine. In addition, they note that despite planning to recruit healthy volunteers aged 18-60 years, in general, their study included fairly young volunteers (in their 20s and 30s, on average).

They say that more research is needed to evaluate the vaccine in different populations, including older age groups, individuals with underlying medical conditions, and people in at-risk groups. Explaining the next steps of their research, Professor Alexander Gintsburg, from Gamaleya National Research Centre for Epidemiology and Microbiology said the phase 3 clinical trial of the vaccine has been approved on August 26, 2020.

It is planned to include 40,000 volunteers from different age and risk groups, and will be undertaken with constant monitoring of volunteers through an online application, Professor Gintsburg added.