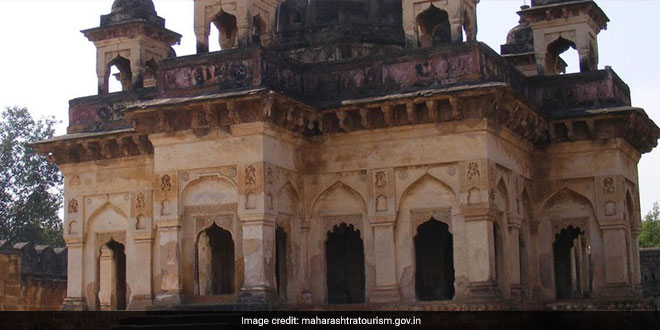 New Delhi: Five months ago, an environmental issue based organisation – Eco-Pro from Chandrapur City in the Nagpur Division of Maharashtra started a cleanliness drive in the 500-year-old Chandrapur Fort. All they wanted to do was one thing – cleanup the fort spread across 11 km of the city and conserve the glory of the historical monument for the future generations. And from March till now for over 200 days, these swachh warriors, without fail, would gear up, carrying brooms, choppers, chain-saws, spades and rock-climbing equipment, to cleanup the fort every morning from 5 am to 10 am . Today, the seven-kilometre long stretch of this fort has been cleaned up under the Chandrapur Killa Swachchata Abhiyan. The outcome of the clean up drive is so impressive that the effort found a special mention in Prime Minister Narendra Modi’s monthly radio show Mann Ki Baat. He said,

I was pleasantly surprised on seeing the photographs of the fort after cleaning drive and whoever will see these photographs, no matter how upset he is on witnessing the filth around him, and wondering how the mission of cleanliness will be fulfilled – these photos are the answer.

Congratulating Eco-Pro and its team for the Swachh efforts. PM Modi also said that the drive is an amazing example of accomplishing a daunting task through collective efforts and perseverance.

Also Read: Forts Are Symbols Of Our Heritage, It Is Our Duty To Keep It Safe And Clean: Prime Minister Narendra Modi

But, the journey for towards a Swachh fort was not easy, one of the volunteers from the organisation adds, the swachh abhiyan in the fort was a formidable challenge: from removing heaps of garbage rising up to four feet, trees with roots running deep into the 39 ramparts and walls, encroachments, and snakes and scorpions in its crevices, we did it all.

Now, all one can see is old fort walls rather than the overgrowth of trees, garbage and debris. Commenting on PM Modi’s appreciation, President of Eco-Pro Bandu Dhotre said that it is a morale booster for the volunteers of the organisation.

The drive which received overwhelming support from citizens, local organisation and administration, today is being hailed as an example to follow.

This Swachh Abhiyan just didn’t get praises from PM Modi, commenting on the effort, Maharashtra Chief Minister Devendra Fadnavis said, “Extremely inspired by team who relentlessly worked for 200days to achieve what once seemed to be impossible at Chandrapur fort!”

Extremely inspired by team who relentlessly worked for 200days to achieve what once seemed to be impossible at Chandrapur fort!#MannKiBaat https://t.co/dlT6geTRaL

While Chief Miniter Of Assam Sarbananda Sonowal added, “Much to learn from this effort at Chandrapur fort. Keeping our historical heritage clean is vital. #MannKiBaat”

Much to learn from this effort at Chandrapur fort. Keeping our historical heritage clean is vital. #MannKiBaat https://t.co/oYhgXmdEjO

Chandrapur fort is is the oldest area in Chandrapur city and was was built by Gond King Khandkya Ballal Sah in 13th century. Even though the fort was considered as one of the heritage sites of the city, the fort never gained the attraction of tourists because its rich history with each passing day was bring lost in the garbage. Every person in the city wanted to do something about it, but, had no idea from where to start. Once the Eco-Pro NGO started the cleanliness drive, then it became the mission of each and everyone – from students to government employees, shopkeepers, autorickshaw drivers and doctors, everyone joined the Swachh abhiyan.

Today, the cleanup is just done halfway but already has gained attention of the masses, with Union Minister of State and Chandrapur MP Hansraj Ahir and Collector Ashutosh Salil assuring funds for further beautifying the heritage site.

Women At The Forefront Of Swachh Bharat Abhiyan: Inspiring Stories Of Sanitation Revolution From Across India