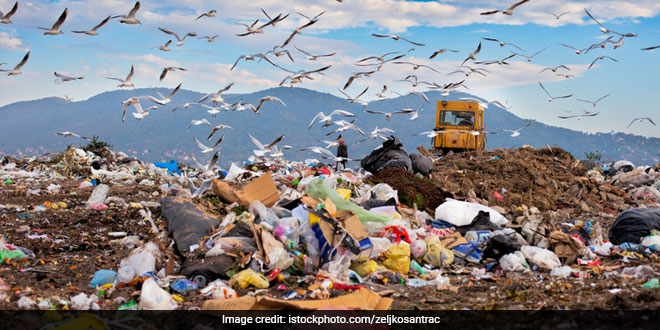 New Delhi: Owing to poor waste management practices, a staggering 88 square km of land will have to be dedicated for waste disposal through landfilling by 2050, nearly equal to the area under the administration of New Delhi Municipal Council, a PwC-Assocham study has revealed.

The study has recommended the government to accord industry status to the country’s waste management sector to provide it regulatory adherence with a dedicated monitoring and compliance cell.

At present, most of the waste in India is dumped without proper treatment.

This will eventually render the land unfit for any other use for as long as a half century before it can be stabilised for other uses,” said the report.

According to a previous estimate, by 2050, about 50 per cent of India’s population will be living in urban areas, and the volume of waste generation will grow by five per cent every year.

It noted that waste generation of Class I cities (with population between 0.1 million to 5 million) in India has been estimated to be around 80 per cent of country’s total waste generation.

Highlighting the concerns about per capita waste generation rate, the study said that presently it is about 300-400 gm/capita for medium cities and 400-600 gm/capita for large cities.