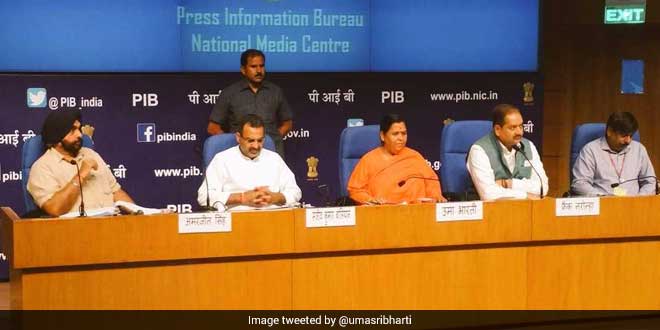 To speed up the progress of cleaning Ganga and rejuvenating its ecological flow, the Ministry of Water Resources, River Development and Ganga Rejuvenation has decided to present the National River Ganga (Rejuvenation, Protection and Management) Bill 2017 to a Central Cabinet committee by the end of this month and introduce the bill in the Lok Sabha in the Monsoon Session of the Parliament, scheduled to begin from July 18. The Bill, which looks to restore Ganga’s status as a clean and ecologically healthy river, and punish those for violating the river’s standards will be the first of its kind of legislation in India.

The draft Bill is nearing the stages of completion towards being introduced to a Central Cabinet committee, which will assess some of the salient features of the draft bill. The draft was submitted to the Ministry of Water Resources in April 2017 and has been studied extensively by experts to check whether any other points needed to be covered. The Ministry has also sent copies of the draft bill to the five basin states of Uttar Pradesh, Uttarakhand, Bihar, Jharkhand and West Bengal to seek opinion from them and suggestions, if any, would be incorporated before the Bill is introduced in the Lok Sabha. The Bill has also been thoroughly studied by the Allahabad High Court to ensure that the Bill does not result in a conflict of interest between the the 5 basin states, and that the punishments recommended in the bill are in due course with law.

The Central Cabinet committee will provide final inputs to the draft bill before its introduction in the Lower House and the Parliament. The Cabinet committee is expected to provide some additional inputs with regard to the role other ministries are to play, in ensuring Ganga’s rejuvenation. Though sluggish initially, the Namami Gange programme has been accelerated considerably ever since the Prime Minister Narendra Modi himself reviewed the programme’s progress in 2017. Speedy introduction of the bill will ensure that the two-fold programme of ensuring uninterrupted ecological flow of the river, as well as penalising those who violate the river’s standards can be implemented simultaneously.

We had earlier thought of introducing the Bill in the Winter session of the Parliament, but now the bill is nearly ready to introduced in the Monsoon session. We are awaiting the final set of recommendations from the Cabinet committee. If they suggest any changes, they’ll be implemented in the bill before its introduction in the Parliament. The recommendations from the state are also expected to arrive by the end of this month, so we are confident of introducing the bill in the monsoon session, said Samir Sinha, Spokesperson, Ministry of Water Resources River Development and Ganga Rejuvenation.

A Landfill In Size Of Delhi Will Be Needed To Dump India’s Waste By 2050: Study