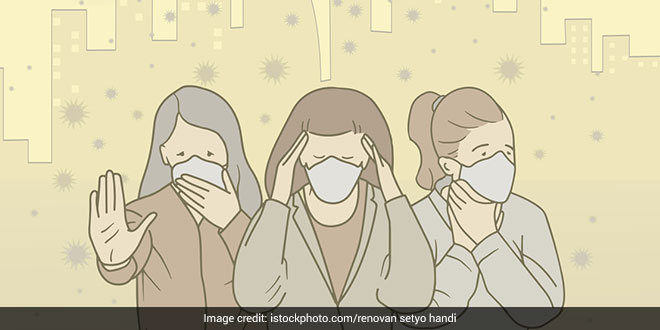 London: Research by scientists from the University of Southampton (UK) and the Central University of Jharkhand (India) and has shown the first COVID-19 lockdown in India led to an improvement in air quality and a reduction in land surface temperature in major urban areas across the country. The study found that travel and work restrictions imposed early in the pandemic resulted in a significant environmental improvement, due to an abrupt reduction in industrial activities and a major decrease in the use of land and air transport.

The international team used data from a range of Earth Observation sensors, including those from the European Space Agency’s Sentinel-5p and NASA’s MODIS sensors, to measure changes in surface temperature and atmospheric pollutants and aerosols.

They concentrated on six major urban areas: Delhi, Mumbai, Kolkata, Chennai, Bangalore, and Hyderabad — comparing data from the 2020 March to May lockdown with pre-pandemic years. Their findings, published in the journal Environmental Research, provide a strong evidence base for potential environmental benefits through larger-scale policy implementation.

The researchers revealed a significant reduction in Nitrogen Dioxide (NO2), a greenhouse gas emitted from the combustion of fossil fuels, which equated to an average decrease of 12 per cent throughout India and 31.5 per cent over the six cities. There was a 40 per cent reduction over the national capital, New Delhi. In India alone, about 16,000 premature deaths occur annually due to exposure to poor air quality.

The study also found Land Surface Temperature (LST) over major cities in India substantially declined in contrast with the previous five-year average (2015-2019) with day temperatures being up to 1degC cooler and those at night up to 2degC cooler. Co-author Professor Jadu Dash, from the University of Southampton, commented:

The lockdown provided a natural experiment to understand the coupling between urbanisation and local microclimate. We clearly observed that reduction in atmospheric pollutants (due to reduction in anthropogenic activity during lockdown) resulted in a decrease in the local day and night-time temperature. This is an important finding to feed into the planning for sustainable urban development.

Along with surface temperature, the atmospheric fluxes at the surface and top of the atmosphere also significantly declined over major parts of India. The reduction of greenhouse gas concentration, higher atmospheric water vapour content and meteorological conditions played a complex role in the land and near-surface temperature reduction. Commenting on the research, Dr Bikash Parida, from the Central University of Jharkhand said:

Aerosol optical depth (AOD) and absorption AOD showed a significant reduction which could be connected with the reduction in the emission sources across India during the lockdown. The aerosol type sources, such as organic carbon (OC), black carbon (BC), mineral dust, and sea salt also reduced significantly. Moreover, in central India, increases in AOD were attributed to the supply of dust aerosols transported from the western Thar desert region, Dr Parida said.

Dr Gareth Roberts from the University of Southampton added: “Satellite instruments play a vital role in acquiring information on the Earth’s environment in a timely manner. This study has illustrated the importance of Earth Observation data for monitoring changes in the atmospheric pollutants, which are a significant health risk, and in highlighting the impact that anthropogenic activities have on regional air quality.”

India To Have Enough COVID Vaccine Doses To Inoculate Up To 1 Crore People Per Day By Early August: ICMR Chief