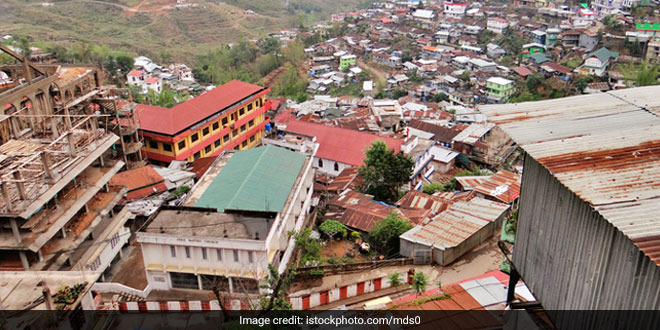 New Delhi: For a country that generates 62 million tonnes of garbage every day, India’s infrastructure to tackle solid waste is inadequate. Since the inception of the Swachh Bharat Abhiyan in 2014, which focuses on waste management as it does on sanitation, states have tried to implement effective methods to treat and recycle solid waste. The ignominious problem of waste cannot be solved in a mere three-year period, but efforts of states are showing results, even if albeit delayed. As a part of addressing the waste management issue, a Manipur village has taken on the responsibility of buying dry waste from residents to ensure that they are not disposed casually.

Kaibi village in Manipur has a population of 3,000 and has till now spent nearly Rs 1.8 lakh, which includes collection and transportation cost, to buy approximately 8,000 kg of dry waste, which includes paper, plastic bags and bottles, food packet wrappers and unused clothing items. For every kg of waste that is bought by the village administration, a village resident is handed Rs 20. The village authorities have formed a dedicated team that is responsible for packing the waste in cement bags and keep it in isolation. After due consultation with village authorities, the waste will be handed over to the district administration.

While the system may look largely effective now, Kaibi’s streets were once dotted with garbage, discarded plastic and dry waste. The district administration and village authorities made several efforts to popularise waste segregation in the village but did not receive adequate cooperation from the villagers. As garbage kept mounting on the roads of Kaibi, the district authorities conducted a meeting with the village elders. It was at this meeting where it was decided that the village will form a committee which will buy garbage from the residents and ask them not to dispose garbage.

The villagers would earlier dispose garbage behind their homes or any vacant space, making the village look unclean. Since segregation was not catching up with the villagers, we devised this plan to gather waste from villagers and pay them in return, said Pukeho Athishu, Secretary, Kaibi Village Authority.

The efforts have paid off, as the village has been at its cleanest in the past one month. Members from the village made committee go around houses every day to collect waste and on measuring the amount from a household or resident, hands him/her the allotted amount. But the village authorities are undecided on what to do with the waste collected. Presently, they are storing it in a vacant space and are relying on the district administration to collect it. But they would like for a more concrete plan to be present which wholly takes care of waste management, including recycling.

Manipur generates a total of 178 tonnes of solid waste daily, 100 tonnes of which come from the city of Imphal alone. Out of the total waste generated by the state, only 125 tonnes are collected by the civic authorities, placing Manipur among one of those states where a large amount of waste remains uncollected. Kaibi’s method of collecting waste is a unique and effective one. It will now remain to be seen the next step taken by the village and whether the whole cycle of waste collection to recycling can be turned into an economically healthy model to facilitate waste management.

Also Read: Making Waste Management A Way Of Life: This Telangana District Welfare Society Is On A Mission To Make 7 Villages Garbage Free