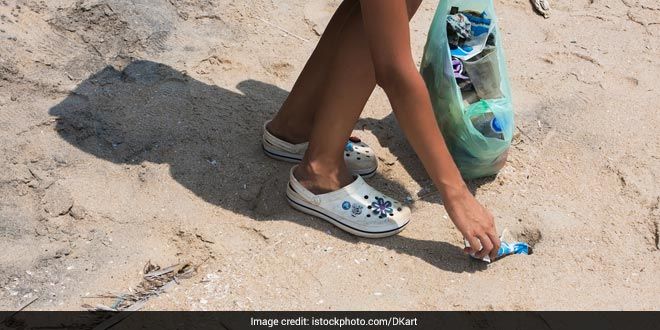 New Delhi: Plastic bags, plastic bottles, and other plastic products are not only choking seas and oceans around the world, but overburdening landfills as well. India is one of the top 20 countries to dump plastic into the oceans. But to change this state, Goa is leaving no stone unturned and has set a target to go plastic free by 2022. In a bid to achieve the target of plastic free Goa, the government has decided to ban plastic bags from May next year. Not only this, the government also plans to make the state garbage free by December 19, 2018.

From May 30 next year, there will be a complete ban on plastic in the state. We are making this announcement in advance so that all those who have made it as their economic activity should not complain at the last minute.

Chief Minister Parrikar also said that “Swachh Bharat” and “Nitol Goem” (Clean Goa) are one of the top priorities of the state. Work towards making Goa garbage free has already begun. The Solid Waste Management Corporation has been set up and a garbage treatment plant has been installed at Saligao, he added.

The laws needed to make Goa garbage free by December 19, 2018 will be notified by January 26, 2018. To accelerate the work of garbage collection and empower panchayats to take up the work, the state government has given a go ahead to increase the grants for panchayat and other such bodies.

Talking about the importance of cleanliness and how the state’s economy is dependent on cleanliness, Chief Minister Parrikar said,

If we keep our surroundings and beaches clean, more tourists will be visiting the state.

This is not the first time that Goa government has taken such decision. Earlier, in May, the state government imposed a ban on plastic bags below 50 microns (thickness) with an effect from July. This year, on Independence Day, while setting the deadline for Goa to go plastic free, Chief Minister Parrikar urged citizens to replace plastic from their life. He asked citizens to switch over steel glasses, cups, plates from plastic one. Also, government officers have decided not to use any kind of plastic in their premises.

Being the bearer of change, Chief Minister Parrikar has shunned all kinds of plastic from his life. From refusing to accept flowers wrapped in plastic to discouraging plastic cutlery at the events he attends, Chief Minister is surely setting an example for its citizens.