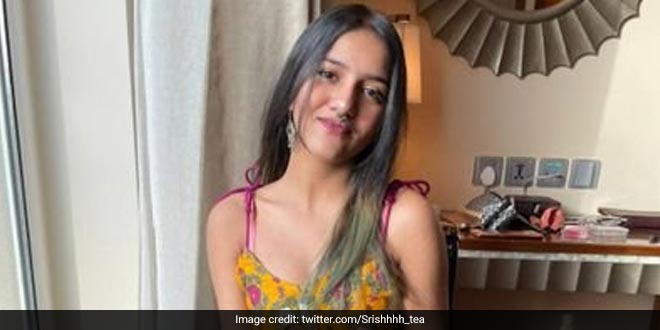 New Delhi: On Friday (February 12), Srishti Pandey, a woman with a physical disability took to micro-blogging site Twitter and narrated a harrowing experience in a long Twitter thread. Allegedly, Ms Pandey, who was in a wheelchair, was denied entry into Raasta, a popular restaurant in Gurgaon’s DLF Cyberhub, as it would “disturb other customers”. As per WHO, over 1 billion people are estimated to experience disability. This corresponds to about 15 per cent of the global population. Despite the large number, the surrounding stigma ingrained in society detracts from the remarkable ability of many individuals. The United Nations has called to leave no one behind, contained in the 2030 Agenda for Sustainable Development. However, cases like these, highlight the existing discrimination and inequalities in society.

Also Read: Leaving No One Behind: Building An Inclusive Society

Soon the Twitter thread went viral prompting Goumtesh Singh, Founder Partner at Raasta, to apologise. In a social media post, Mr Singh said that the management is taking steps internally to heighten sensitivity and empathy for their staff.

However, Ms Pandey believes that the apology is “incomplete”. In an interview with NDTV, Ms Pandey said that the restaurant has issued an apology after a lot of backlash coming their way. However,

It doesn’t define what exactly happened and the apology only came after the tweet went viral and after the media took this case up.

Apparently, Ms Pandey had gone to Raasta with her best friend and friend’s family on the night of February 11. This was one of her first outings in a long time and she was looking forward to having fun but soon things took an ugly turn. First, the request for a table of four was ignored twice. Later, “wheelchair andar nahi jaygi (the wheelchair won’t go inside)” was allegedly the reply she got from the staff at the restaurant’s front desk.

I went to my @raastagurgaon with my best friend and her fam last night. This was one of my first outings in so long and I wanted to have fun. Bhaiya (my friend's elder brother) asked for a table for four. The staff at the desk ignored him twice. 1/n

Ms Pandey, in her thread, alleged that at first, she thought it was an “accessibility issue” but she was “left shocked” when the staff at the restaurant suggested that her presence could disturb other customers.

“He told us pointing towards me that ‘andar customers disturb hojayenge’ (the customers will get disturbed) and denied us entry, with so much of ease. This came from the staff of a freaking fancy place,” she tweeted.

He told us pointing towards me that "andar customers disturb hojaynge" (The customers will get disturbed) and denied us entry, with so much of ease. This came from the staff of a freaking fancy place. 3/n

Also Read: Leaving No One Behind: The Need To Build An Inclusive Society, One With Equal Access For People With Disabilities

As shared by Ms Pandey, after a lot of arguing, she and her group were offered a table outside. But that wasn’t a choice Ms Pandey could make because of multiple reasons.

“The outside seating was ridiculous. It was getting cold. And I can’t sit out in cold for long because my body gets spastic. It’s literally unsafe for me? Why should I be made to sit outside anyway? Segregated from everyone else? If we wanted an outside seating we would have asked for it? Eventually we were asked to leave. Obviously,” she wrote.

After a lot of arguing, he told us to get a table outside.
Now:
1) The outside seating was ridiculous. It was getting cold. And I can't sit out in cold for long because my body gets spastic. It's literally unsafe for me? 4/n

Ms Pandey was left “heartbroken”, “awfully sad” and with a feeling of “disgust”. At the end of the Twitter thread, she asked some pertinent questions that make one wonder about humanity, love, and care for each other.

“But is me just existing that much of a disturbance for you? Why do I always have to fight for the smallest of things? Why was I denied entry in a public place? Who are they to deny my entry just like that? Should I stop going out at all only then? Because apparently I don’t belong with others. Because I’m a “disturbance” for others. Because their moods apparently get “ruined” after looking at me,” she wrote.

Talking about the incident, Ms Pandey said that this is something she and her disabled friends have been facing for years now. She called it a “systematic thing” and said,

It is not about just one restaurant, one staff member, or one owner of this place. This is something that has been happening all the time, every day, every second and this is not the first time that something like this happened to me. I have been denied access before from a lot of places. It is just the first time that I actually decided to take it forward.

NDTV questioned Goumtesh Singh, Founder Partner at Raasta about the incident but all he said,

That manager has been released from his duties. There are no further comments.

During the live interview, Mr Singh said he wasn’t aware he would be in a live interview and would like to speak to Ms Pandey personally and not on television.

I would just like to talk to her and would like to apologise to her, he said and abruptly ended the call when questioned about the incident.

In reply to Mr Singh’s reaction during the live interview, Ms Pandey said,

This is the most disrespectful thing that has ever happened to me. And this happened live, right now, in front of everyone. I have been victim blamed. I have been told that I am lying. I have been getting comments that I was being abusive, but this is what all of us have witnessed right now.

Leaving No One Behind: Building An Inclusive Society