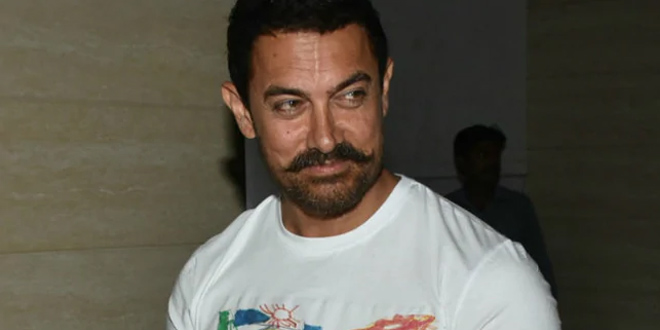 New Delhi: “Thank you @aamir_khan for the valuable support to the movement to eliminate the usage of single-use plastic. Your encouraging words will inspire others to strengthen the movement as well”, said Prime Minister Narendra Modi on Wednesday (August 28). The response came in line to actor Aamir Khan supporting the Prime Minister’s initiative of curbing single-use plastic and asking everyone to support the cause.

Thank you @aamir_khan for the valuable support to the movement to eliminate usage of single use plastic.

Your encouraging words will inspire others to strengthen the movement as well. https://t.co/AwKi1SzXde

Superstar Aamir Khan on Monday (August 26) extended support to Prime Minister Narendra Modi‘s initiative of banning single-use plastic in the country. During his recent radio address ‘Mann Ki Baat’ and also during the Independence Day address, Prime Minister Modi had pitched for launching a “new mass movement” against single-use plastic from October 2, the birth anniversary of Mahatma Gandhi. The ‘Lagaan’ actor, in a tweet, urged everyone to strongly support Modi’s mission.

Aamir is also one of the founders of Paani Foundation, along with his wife Kiran Rao. The non-profit, non-governmental organization works on drought prevention and watershed management in the state of Maharashtra.

This isn’t the first time that a Bollywood actor has made an effort to garner people’s attention towards environmental issues.

In June this year, Salman Khan gave a subtle yet impactful message on single-use plastic. The actor posted a video where he can be seen offering water to a monkey, whom he calls his ‘Bajrangi Bhaijaan’, in a plastic bottle. The monkey, however, refuses. Salman Khan then offers water in a glass and ‘Bajrangi Bhaijaan’ is quick to accept it.

While the video was shared on a lighter note, hidden in it is a message to stop using plastic bottles.