New Delhi: Once known as the ‘City of lakes’, Hyderabad, has been dealing with water shortage during last few summers. In 1970s, the city had about 3,000 lakes, but today, there are only about 1500 lakes left. In Greater Hyderabad Municipal Corporation (GHMC) alone, only 185 lakes are left. 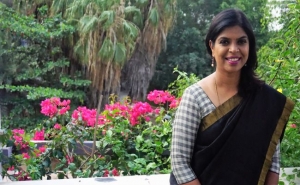 The reason being, as we come closer to the water bodies, we end up polluting it. There are three major sources of water, ground water which is decreasing rapidly, surface water- there is hardly any lake or water body which is clean and fit for the consumption and lastly there is rainwater which we don’t care to use, says 47-year-old Kalpana Ramesh, a resident of Rolling Hills Gachibowl community in GHMC.

Kalpana who hails from Bengaluru never faced any kind of water crisis while she was young, but when the architect turned interior designer came to Hyderabad in 2000, she was taken aback by the existing water consumption pattern. Just like others, Kalpana and her family had to rely on water tankers for their daily water supply. From the purpose of drinking to daily household chores, the family was depending on tanker for each and everything.

We were buying tankers for everything. Tankers used to get water from bore-well, legally or illegally, we don’t know. Everytime I used to purchase a tanker, I used to think, is this the only solution we have? Why is no one thinking beyond water tankers?, recalls Kalpana. 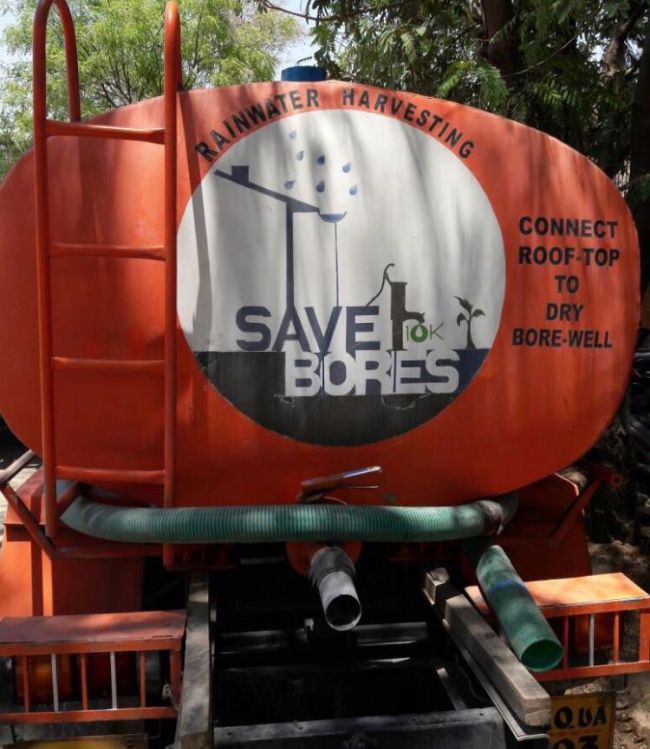 In communities and societies, to get a certificate, it is essential for the builder to build a rainwater harvesting system. In our community, a similar system was developed for the sake of developing it and getting an approval from the authorities. Rainwater harvesting was a joke and this made me work towards it. I decided that I am not going to buy tanker and I’ll build my own green home, says Kalpana.

Tired of purchasing water tanks every day, Kalpana thought of practising rainwater harvesting and initially she started from her home. She built 35 thousand deep rainwater harvesting sump. Roof-top water was collected into a pit, where the sand and coal filters would purify it before it entered the sump. Hyderabad receives good rainfall for three to four months and that was enough to sustain the sump. 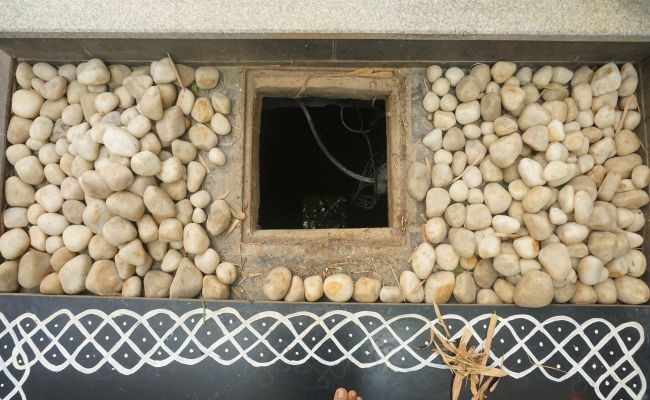 Additionally, to recycle waste water, filters costing Rs. 20,000 – 25,000 were purchased by her from Pune. Grey water that is, shower water from bathroom, water from kitchen is collected and passed through that filter which is further used for the purpose of gardening. Though the filter removes hair, oil, and other things from the water, it needs to be maintained and cleaned every few days. 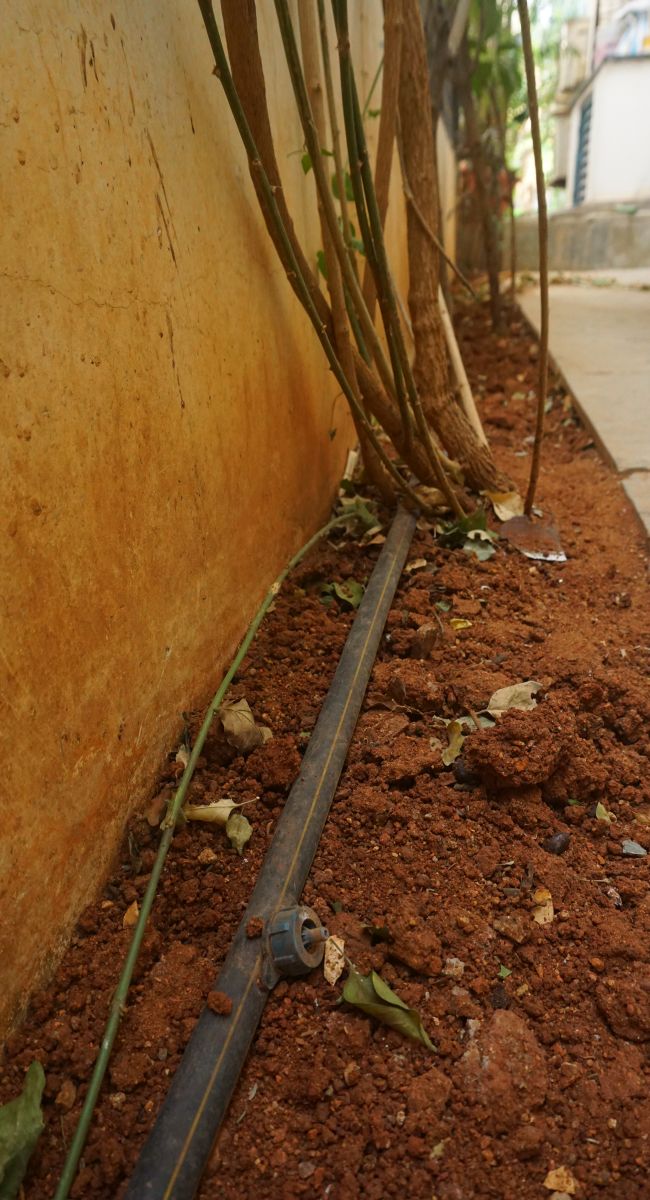 Through this process, we are able to save 200 litres of water every day and my garden is managed using filtered grey water only. In addition to this, I practise drip irrigation in my garden, this not only saves water, but also nourishes the plants well, says Kalpana.

Explaining the process of how shower water and kitchen water is collected, Kalpana says,

We have built our house in such a way that black water which is released from the commode is passed through a different pipe and there is a separate pipeline for grey water. Both kinds of water don’t get mixed anytime.

As far as the third R – recharge is concerned, Kalpana has built a pit right outside her house. Overflow of rainwater pit is connected to the recharge pit so all the excess water goes directly into it. The process helps in the recharge of ground water which is depleting rapidly.

It took her two years (2011-2013) to build her own green house, but the fact is that now Kalpana has stopped relying on tankers. Passing on the message of conserving water, Kalpana propagated the method and built 35-40 pits in her community. Now the community has stopped purchasing water, so from being tanker dependent just a year ago, today they are self reliant when it comes to water. 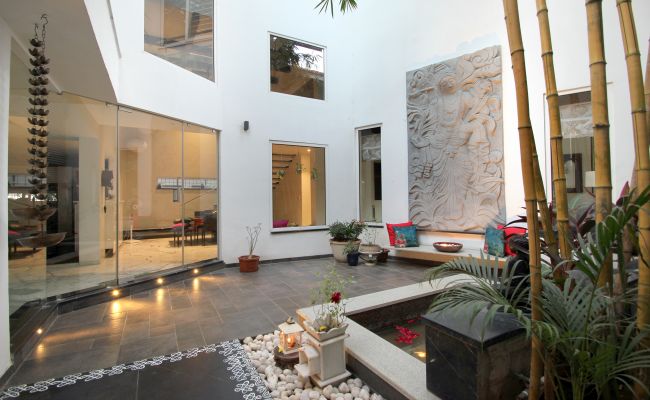 Currently, the city is water surplus, but there was a time when we were going through crisis. Thanks to Kalpana, everyone in our community has initiated rainwater harvesting. Initially, you need to invest a bit in setting up rainwater harvesting pit and tanks, but the entire cost will be recovered in a year and a half. So it is a win win situation, says Jigisha, Kalpana’s neighbour.

Deepa Talgery from Sainikpuri never faced water crisis in her community, but the idea of water conservation through rainwater harvesting hit her so hard that she decide to opt for it. Now her garden is maintained using rainwater only. She has even started using machine water that is water used in washing clothes for gardening.

An individual consumes around 135 litres of water a day of which around 80 litres is recyclable. If we all practiSe this then around Rs. 24 lakh will be saved every year, says Kalpana.

Over the period of time, the cost of one tanker has increased form Rs. 200 in 2002 to Rs. 1200. It is all because of demand and supply. The demand of water is increasing day by day and water crisis intensifies with each passing day, which in turn makes water costlier. But currently, Hyderabad is water surplus, thanks to heavy monsoon. Ground water level has increased manifold.

It is clear from the fact that Gandipet Lake which once used to be a source of freshwater for entire city is now dry. Considering the current situation, Kalpana is now focusing on reviving the water bodies in Hyderabad. For this, she along with other stakeholders has initiated ‘Live the Lakes’, ‘Save10KBores’ and numerous other initiatives. 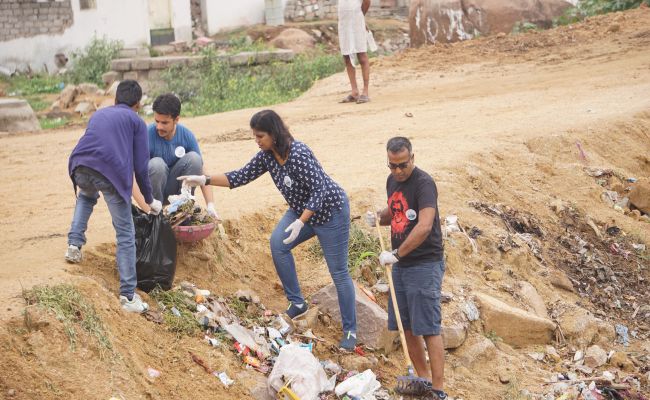 Kalpana along with volunteers while cleaning a lake

Sometimes I feel that the city should go through a drought like situation so that people understand the importance of water. Currently, people are taking water for granted and do not understand the gravity of the issue. We all need to come together and work towards the cause, signs off Kalpana.