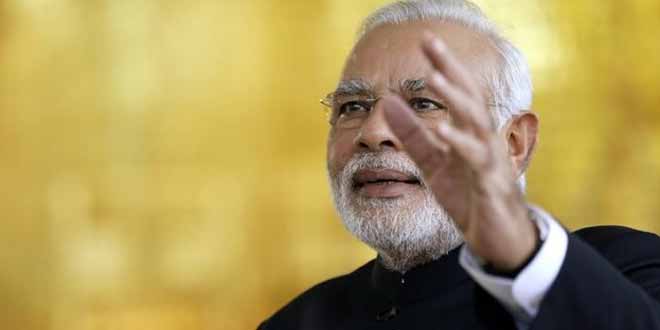 New Delhi: Prime Minister Narendra Modi on Sunday during his monthly radio programme ‘Mann Ki Baat’ said that festivals should be transformed into symbols of cleanliness in the ‘New India’ and called for a 15-day Swachhata Hi Seva (Cleanliness is Service) campaign ahead of Gandhi Jayanti. He added, “From September 15, let us take the pledge of ‘Swachhata Hi Seva’ (cleanliness is service). Take one or more step towards cleanliness. Make your efforts count and you will see how this Gandhi Jayanti shines.”

This new campaign is being undertaken to mark the third anniversary of Prime Minister Narendra Modi’s mega cleanup drive – Swachh Bharat Abhiyan on October 2 and to give a push to the creation of a New India that’s free from open defecation, dirt and garbage.

Also Read: The Clean India Mission Is Not Restricted To Government Alone, It Has Become A Mass Movement: PM Narendra Modi On Mann Ki Baat

Talking about the positive impacts of Swachh Bharat Abhiyan, PM Modi added, the campaign for cleanliness which was initiated three years ago will be marking its third anniversary on October 2. The positive results are now being seen. Access to toilets and sanitation has increased from 39 percent to almost 67 percent. More than 2,30,000 villages have been declared open defecation free.

In order to take these efforts to greater heights, PM Modi initiated the new cleanliness campaign and said, “Gandhi Jayanti should be celebrated as “Swachch Do Aktoobar, Clean 2nd October”.

I urge everyone to come together. NGOs, schools, colleges, social, cultural and political leaders, people of the government, collectors and sarpanches, should start creating an environment of cleanliness at least 15 days ahead of Gandhi Jayanti, so that it turns out to be the 2nd October of Gandhi’s dreams.”

Swachhata Hi Seva also got support of people from all walks of life, Chief Minister of Chhattisgarh, Dr Raman Singh said, “Urge all to join @NarendraModi ji’s ‘Swachhata Hi Seva’ and promote cleanliness as the means of service to the nation. #MannKiBaat”

Urge all to join @NarendraModi ji's 'Swachhta Hi Seva' and promote cleanliness as the means of service to the nation. #MannKiBaat https://t.co/8FIZ1DAsIE

Swachhta as Seva is a great thought as shared by PM in #MannKiBaathttps://t.co/7DFY1KCuy8

In building a New India, let us make our festivals a symbol of Swachhata by PM Narendra Modi Ji on SoundCloud https://t.co/MaCMikUGJW

Important point made by PM @narendramodi on diversity of India’s festivals & caring for environment. #MannKiBaat
https://t.co/5zHbjCwB56

Do It Yourself: Actor Riteish Deshmukh Shows The World How To Celebrate Ganesh Chaturthi In An Eco-Friendly Way, Makes Green Ganpati Idol At Home