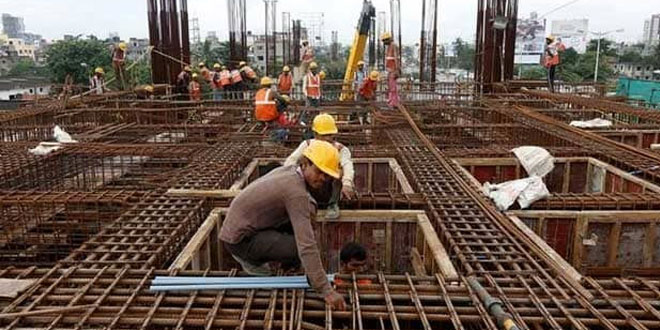 New Delhi: Using advanced construction methods can help India plan energy efficient homes as well as reduce its carbon footprint, an Indian-origin researcher has suggested. Carbon footprint is the amount of carbon dioxide (CO2) released into the atmosphere as a result of the activities of a particular individual, organisation or community. According to United Nations Environment Programme’s “Global Status Report 2018”, buildings play a dominant role in the clean energy transition. The construction and operation of buildings accounted for 36 per cent of global energy use and nearly 40 per cent of energy-related CO2 emissions in 2017.

Prefabrication not only allows for faster controlled and quality assured construction but also much cheaper because the construction time is brought down significantly. This applies to all forms and sizes of buildings. This also is a good way to meet housing shortages by rapid deployment. At the front end the 3D print technology is now allowing for full-size houses to be printed but in transition to these the factory assembled and then site constructed buildings are the future.

The Global Carbon Project report in 2018 revealed that India is the fourth highest emitter of CO2 in the world in 2017. The top four emitters in 2017, which covered 58 per cent of global emissions, were China (27 per cent), the US (15 per cent), the European Union (10 per cent) and India (7 per cent). The rest of the world contributed 41 per cent last year, it said. Mr. Prasad asserted,

Indian houses have lots of roof space which is high in thermal mass (concrete) so ‘cool roofs’ are quite useful not only for urban cooling but reducing indoor heat and improving comfort.

He further said, “To make homes more comfortable such that they do not need much air conditioning, they should be designed around climate. Effective shading systems can help in rejecting heat gain in the buildings (in winters sun can be let in to offset heating).”

He also suggested that the use of thermal insulation – the reduction of heat transfer. Many houses do not use enough insulation and suffer the discomfort as a result, he said. The construction sector consumes a large amount of unrenewable energy to deliver infrastructure and buildings to society. Consequently, this consumption causes a large emission of CO2.

Cost is an important variable in India and the country should develop its insulation manufacturing business as well as all low carbon product and systems businesses parallely to ensure policies and programmes succeed.