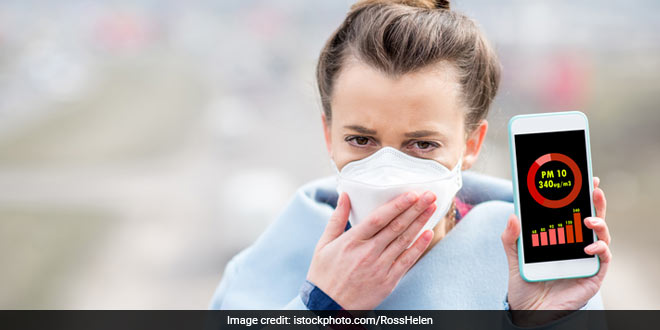 New Delhi: A study done by Greenpeace India to analyse the ambient air quality of 313 Indian cities and to examine the efficacy of  National Clean Air Programme (NCAP), launched by the government in January, has claimed that the efforts required to combat air pollution are much more than those being planned by the government. It has asserted that the NCAP is not as comprehensive as was claimed. The study has revealed that there are as many as 241 cities that are violating the National Ambient Air Quality Standards (NAAQS) and must be included in the national programme. However, the NCAP is targeting only 102 cities which is half of the number cities estimated by Greenpeace to be severely affected by air pollution.

The NCAP, launched by the Ministry of Environment Forest and Climate Change, specifies the country’s first ever air pollution reduction targets and sets a target of reducing levels of toxic particle pollution caused by the pollutant Particulate Matter 10 (PM10) by 20 to 30 per cent by 2024, with 2017 as the base year. The plan zeroed in on 102 cities including 43 smart cities, termed as non-attainment cities, or the cities which are violating the country’s air quality standards and are required to prepare city-level action plans to achieve the air pollution reduction targets. The plans include increasing the number of monitoring stations, providing technology support, conducting source apportionment studies, and strengthening enforcement.

The report, Airpocalypse III, published on January 29 carries pollution data from 313 cities collected from government sources like Central and State Pollution Control Boards. The study found that while not even one city covered under the study met the World Health Organisation (WHO) standard for ambient air quality, 241 cities were found with pollution levels beyond what is prescribed by even the National Ambient Air Quality Standards (NAAQS).

According to Sunil Dahiya, the author of the report and the national air pollution campaigner of Greenpeace India, the series was named Airpocalypse as polluted air has become a nation-wide emergency and is causing havoc in terms of the health of the people and the whole ecosystem of the country. He said,

In recent years India’s air quality has deteriorated to the point where it has become the most consistently smoggy country in the world, with pollution levels even exceeding those in neighbouring China. There are a number of studies that prove that the high level of pollution in India is proving to hazardous now. More than 6.7 million people were killed due to outdoor particulate matter air pollution in India in 2017, as per the Indian Council of Medical Research (ICMR).

Major Findings Of Airpocalypse III, The Greenpeace Report On Air Pollution In India

• Out of 313 cities for which the air quality data for the year 2017 was analysed, 241 cities (77 per cent of the total cities covered) had PM10 levels beyond the NAAQS prescribed by CPCB making all these cities ‘non-attainment’ of the prescribed national standard. This is more than double the 102 non-attainment cities identified by the Ministry of Environment, Forest and Climate Change (MoEF&CC) for National Clean Air Programme or NCAP. Mr. Dahiya said,

The omission of the 139 cities by the government is due to the fact that the list of non-attainment cities in NCAP was drawn together using data from the years 2011-2015. However, since the data for 2017 was available when NCAP was finalised, it would have made more sense to update the non-attainment list to include all such cities in the final NCAP. We have appealed to the MoEFCC to revise its data and use the one for 2017 for more genuine numbers.

The report found that not only do the new list of polluted cities identified by Greenpeace shows the urgency for reducing particle pollution levels across the country, they also highlight that even a 30 per cent reduction would just be the beginning. Mr. Dahiya said,

While India’s clean air programme includes a long list of recommended measures, it leaves implementation only in half of the problem cities.

• The 139 cities that have been left out from NCAP’s list include several cities that have population more than 1 million like Ranchi, Dhanbad in Jharkhand, Jabalpur in Madhya Pradesh, Chennai and Madurai in Tamil Nadu, Meerut in Uttar Pradesh, Pimpri-Chindwar and Thane in Maharashtra, Surat, Rajkot and Vadodara in Gujarat and Howrah in West Bengal among others. This implies that a huge population is being exposed to toxic air.

• The report reveals that among the 241 non-attainment cities identified by Greenpeace, 153 are such cities that have air pollution levels so high that even if NCAP is implemented in these cities and a 30 per cent reduction is achieved, it will still leave them with air quality worse than the NAAQS, and much worse than the WHO standards.

• The NCAP also mentions that the list of 102 non-attainment cities includes 43 cities proposed under Smart Cities programme. However, according to the study, 65 smart cities were found to be in the “non-attainment” category having been left out from the NCAP.

• Only 12 cities identified under Smart Cities programme had PM10 levels below 60 µg/m3 which is the annual standard for PM10 prescribed by CPCB under NAAQS. These cities include Salem and Coimbatore in Tamil Nadu, Aizwal in Mizoram, Kochi and Thiruvananthapuram in Kerela, and Shillong in Meghalaya among others.

This is the third study on particle pollution by Greenpeace. Airpocalypse I was published in January 2017 which established that the problem of air pollution was not limited to Delhi- NCR. It found that 102 cities across the country were facing the same problem. Some cities were found to be even more polluted than Delhi. The demand for a national clean air programme was first raised after Airpocalypse I was published in 2017

Airpocalypse II, published in January 2018, assessed the size of the population exposed to toxic air. It found that 280 cities were violating the country’s air quality standards and about 550 million people lived in areas exceeding the national standard for PM10 which includes 47 million children under the age of 5. The limitation of the Airpocalypse reports is that these cover only those cities where air pollution monitoring is being done which mean that more than 400 cities could not be assessed due to lack of data.

Elaborating further on the limitations of NCAP, Mr. Dahiya said,

The government has come a long way from first promising a national-level action plan a year ago to setting at least tentative, measurable targets for which it can be held accountable. However, since the programme is not notified under any Act yet, it does not have any legal status. It is only a guiding statement. As a guiding statement also, it is not efficient as it lacks a specific sectoral and city-level targets and an implementation budget proportionate to the challenge, which leaves a lot of work to be done before the recommendations and targets are made into reality.

The annual permissible concentration of the toxic pollutant Particulate Matter 10 (PM 10) in India as prescribed by the Central Pollution Control Board (CPCB) under the National Ambient Air Quality Standards (NAAQS) is 60 µg/m³ (microgram per cubic metre) which, according to the study is quite lenient compared to the standard recommended by WHO which is 20 µg/m³. The permissible limit for PM 2.5 under NAAQS is 40 µg/m³, four times the WHO standard.

Save Water: ‘Conservation Of Water Is The Need Of Hour’, Said Central Water Commission Chairman