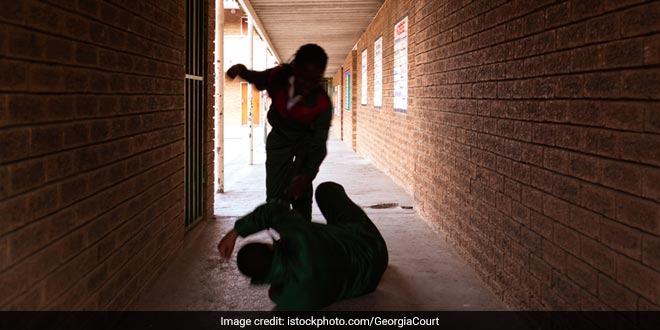 New Delhi: A number of studies done across the globe have warned that ambient air pollution is detrimental to the respiratory and cardiovascular health of young and old alike. But in recent years, scientists have come to acknowledge the negative impact of air pollution on human brains and behaviors. Now, environmental scientists and economists in United States have speculated that elevated air pollution levels could increase criminal activities in communities, and may fuel teenage delinquency.

The study, which tracked 682 children in Greater Los Angeles for nine years starting when they were nine, found a link between exposure to higher levels of sooty particles from vehicle exhausts and bad behaviours, including theft, vandalism and drug abuse. The insidious effects get compounded by poor parent-child relationships and parental mental and social distress, warned the study published on December 13 in the Journal of Abnormal Child Psychology.

A bad parent-child relationship causes a stressful family environment, and if this goes on for too long, the teenager could be in a chronic state of stress, said Mr Younan.

During the study, the parents completed a child-behavior checklist every few years and noted if their child had engaged in 13 rule-breaking behaviors, including lying and cheating, truancy, stealing, vandalism, arson, or substance abuse. Up to four assessments were recorded per participant.

Tiny pollution particles called particulate matter 2.5 (PM2.5) – 30 times smaller than a strand of hair – are extremely harmful to your health, according to Diana Younan, lead author of the study.

These tiny, toxic particles creep into your body, affecting your lungs and your heart. PM2.5 is particularly harmful to developing brains because it can damage brain structure and neural networks and, as our study suggests, influence adolescent behaviors, said Younan, a preventive medicine research associate at the Keck School of Medicine.

Furthermore, the researchers used about 25 air quality monitors to measure daily air pollution in Southern California from 2000 to 2014. Then, they computed each participant’s residential address and used mathematical modeling to estimate the ambient PM2.5 levels outside each home.

About 75 percent of the participants breathed ambient air pollution that exceeded the federal recommended levels of 12 micrograms per cubic meter. Some areas had nearly double the recommended amount of these particles.

Several studies warning us about the ill effects air pollution is a reminder of the importance of clean air and the need for more foliage in urban spaces.