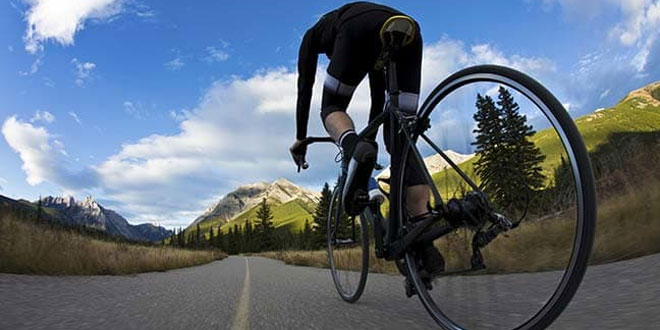 Chandigarh: A 40-year-old cyclist pedaled from Chandigarh to Mumbai for nearly 50 days to spread awareness on saving the environment. Chandigarh-based Rajiv Kumar’s expedition was flagged off by Punjab Governor and Chandigarh Administrator V P Singh Badnore on February 1. On Wednesday, upon his return, Mr. Kumar told PTI (Press Trust of India), “The main purpose of this expedition was to spread awareness on saving the environment. During my journey, I tried to encourage people to ride bicycles for commuting short distances and even for going to the workplace as it will help in reducing air pollution.”

On the bicycle, which I have designed myself and weigh around 67 kg, I also carry a replica of the ‘Open Hand Monument’, which is the symbol of Chandigarh. The unique shape of my bicycle, which is adjustable and foldable, attracts crowds, especially youngsters who are keen to know why I have set out to cover long distances. I also urged bicyclists to wear safety helmets as scooter and motorcycle riders do.

Mr. Kumar said he is planning his next trip from Kashmir to Kanyakumari on a bicycle. He said, “I intend to complete this trip in 30 days.”

He further added that he has been cycling for the last 24 years and had designed his first bicycle in 1995 when he was a student of Class 10. He shared,

I want that younger generation to take a lead, especially in cities like Chandigarh, which has dedicated cycle tracks. However, these days, many youngsters sit at home, watching TV or spending most of their time on their mobile phones. They don’t use cycle and instead travel in cars and bikes even to commute short distances. At present, the majority of India’s population comprises of youth and if I am able to encourage even a fraction of this to take up cycling just as a hobby, I think my purpose will be solved.

Push For Electric Vehicles: 131 EV Charging Stations To Be Installed In Delhi Within The Next Three Months