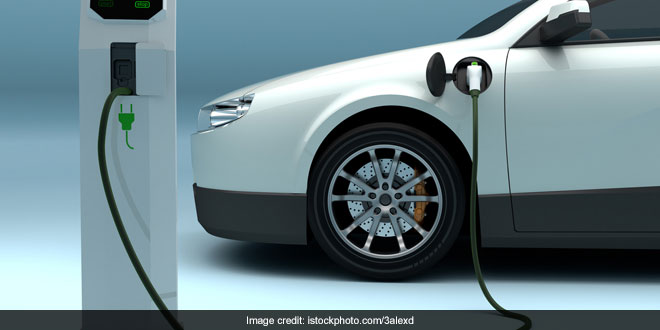 New Delhi: The capital city of Delhi will be giving a big push to the electric vehicle (EV) sector in India soon by adding 131 public electric vehicle charging stations at various locations in the city. The move will help address the concerns of potential EV buyers and manufacturers about the lack of charging infrastructure. Through this move, the government intends to ensure that people have vehicles charging facilities in their vicinity. The installation plan for charging stations for EVs has been recently approved by the Ministry of Power (MoP) and Delhi government.

Alekhya Datta, a researcher at The Energy and Resources Institute (TERI) who has been associated with the MoP in the planning of strengthening the infrastructure for EV charging stations, said,

The MoP and the Delhi government rolled out this plan to build charging facilities because mostly people hesitate in purchasing EVs due to ‘range anxiety’- the fear of being stuck in a situation where their vehicle is out of charge and a charging facility is nowhere to be found. The government is trying to address this by building a skeleton of charging network with an aim to bring confidence among people that they can find a charging station within a few kilometer range.

These charging stations will be built under the phase-II of the Faster Adoption and Manufacturing of (Hybrid &) Electric Vehicles (FAME-India) Scheme which aims to push for electric mobility by incentivising the use of electric vehicles.

According to Mr. Datta, the initial plan was to install 208 charging stations but after a study carried out by Energy Efficiency Services Limited (EESL), 77 locations were dropped from the final plan due to lack of electric vehicles in those areas. EESL, which has been providing electric cars for the government offices, is a public sector undertaking tasked by the government to implement the push for EVs in the country.

As per the plan approved, 33 EV charging facilities will be set up at Metro stations, 34 at CNG (Compressed Natural Gas) stations, 24 at Indian Oil petrol pumps, 15 at Bharat Petroleum fuel stations, 9 at Hindustan Petroleum pumps and one each will be set up in the parking area of T-3 at Indra Gandhi International (IGI) Airport and Jamia Millia.

Dimpy Suneja, Programme Officer, Centre for Environment and Energy who has been working with the Delhi government on implementing electric vehicles in the city said,

The charging facilities will be made operational within three months. The locations of charging stations have been decided in such a manner that these can even cater to the need of electric vehicles coming from Noida, Gurgaon, and Ghaziabad.

With an increase in charging facilities due to government efforts and with an ecosystem in place, more private players will be encouraged to invest in the sector which as the business will become financially more viable. With more private investors coming in, the competition will increase due to increased supply and thus the prices of electric vehicles will become affordable for most people. Mr. Datta informed that a few major car manufacturing firms like Hyundai, Maruti, and Nissan are likely to launch their high range e-cars in the next six months.

The guidelines on charging infrastructure that was released by MoP in December 2018 say that similar to Delhi, eight more cities with four million plus population will be getting public charging stations for EVs in the coming months. These cities include Mumbai, Bangalore, Hyderabad, Ahmedabad, Chennai, Kolkata, Surat, and Pune.