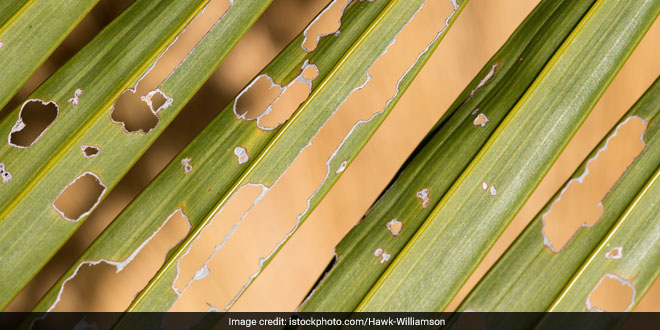 Washington D.C.: Heavy pollution in cities is causing serious damage to insects and ecosystem, a recent study suggests. The research revealed that plants exposed to high levels of nitrogen dioxide (NO2), similar to levels recorded in major urban centres, are able to better defend themselves against herbivorous insects. Published in the journal Nature Communications, the study discovered that plants exposed to increased levels of pollution produce more defensive chemicals in their leaves.

Results from the study show that insects feeding on these leaves grew poorly, which suggests high levels of air pollution may be having cascading negative effects on communities of herbivorous creatures.

Stuart Campbell, lead author of the study said, “Nitrogen dioxide is a pollutant that causes severe health problems in humans, but our research has found that it may also be having a significant impact on plants and insects. Insects are a crucial part of nature and the world we live in. Insects are critical to the healthy functioning of ecosystems.”

Many people may be aware that insect pollinators, such as the thousands of species of bees, along with flies, moths, and butterflies, are crucial for food production – but they also ensure the long-term survival of wildflowers, shrubs, and trees, Mr. Campbell added.

Mr. Campbell further explained that insects that feed on plants (herbivorous insects) help return plant nutrients to the soil, and are themselves food for wild birds, reptiles, mammals, and yet more insects.

Insects are also immensely important for decomposing decaying organic matter and maintaining healthy soils. Scientists are warning about massive declines in insect numbers, which should be incredibly alarming to anyone who values the natural world and our sources of food.

Nitrogen dioxide is a major component of smog and is an example of pollution caused by human activity, particularly our reliance on fossil fuels. Levels of this pollutant in the atmosphere remain particularly high in cities, and especially in the UK. Our research shows another example of the dangers of pollution in our environments and the reasons why we need to make a united effort to tackle it, Mr. Campbell said.