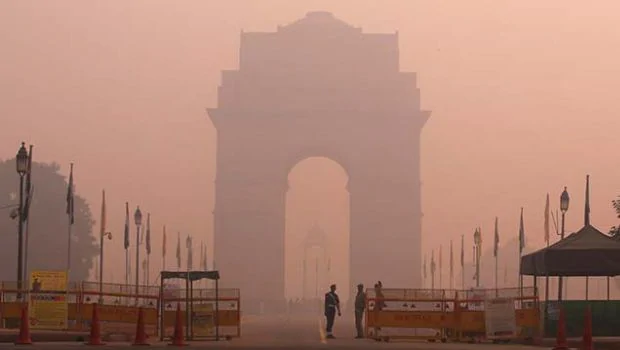 New Delhi: Air pollution is becoming deadlier with each passing year, it has killed more people in 2019 as compared to 2017, according to the recently published study titled ‘The Global Burden of Disease Study 2019’ that highlights the health and economic impact of air pollution in every state of India. The study, published in the Lancet Planetary Health, has been funded by the UN Environment Programme, the Bill and Melinda Gates Foundation and the Indian Council of Medical Research (ICMR), and documents the trends in health loss due to air pollution.

Here’s a look at some of the top highlights from the report:

1. Deaths Attributed To Air Pollution: According to the report, in the year 2019, 1.67 million people lost their life due to air pollution, which was 18 per cent of the total deaths in the country. Whereas, in the previous such study for 2017, air pollution attributed to 1.24 million, or 12.5% of total deaths.

2. Household Air Pollution Is Decreasing But Outdoor Pollution Is On A Rise: The report highlighted that household air pollution is decreasing in India resulting in 64 per cent reduction in the death rate attributable to it from 1990 to 2019. But the death rate from outdoor ambient air pollution has increased during the same period by 115 per cent.

3. Economic Loss Due To Air Pollution In India: The report showed that the economic loss due to lost output from premature deaths and morbidity from air pollution was 1.4 per cent of the GDP in India in 2019 that is equivalent to INR 260,000 crores (US$ 36.8 billion).

4. States That Suffered The Most Economic Loss Due To Air Pollution: The report highlighted that the economic loss due to air pollution (outdoor and household) as a percentage of the state GDP was higher in the northern and central India states, with the highest in Uttar Pradesh (2.2% of GDP) and Bihar (2% of GDP).

Whereas in the national capital, the economic loss due to lost output from premature deaths and illness attributable to air pollution was 1.08%. Madhya Pradesh and Rajasthan lost 1.70% each.

When it comes to impact of outdoor air pollution alone on state GDP, Delhi recorded a loss of 1.06% to its GDP. The highest loss to GDP was recorded by Uttar Pradesh at 1.34% followed by Punjab at 1.22%.

5. Way Forward: The report also highlighted that India would benefit from investing further in state-specific air pollution control strategies, as this will facilitate its aspiration of reaching a US$5 trillion economy by 2024.

What Experts Have To Say:

India has many ongoing major initiatives to reduce air pollution. This study provides a robust assessment of the trends and current situation in states across India, and highlights that augmenting the existing air pollution control efforts based on the specific situation of each state would be useful. Air pollution and its impact is not a matter for the health sector alone, and the solutions lie in a multi-sectoral approach with a common commitment to reducing exposure to toxic air, which is impacting the health and productivity of Indians.

The study suggestS that we have been able to reduce household air pollution to some extent and now the same focus is needed in reducing the outdoor air pollution.

The economic impact of this health loss due to lost productivity is huge at 1.4% of the country’s GDP in 2019, besides a roughly estimated expenditure of 0.4% of the GDP on treatment of air pollution related diseases. The health and economic impact of air pollution is highest in the less developed states of India, an inequity that should be addressed.

Among Seafood Highest Levels Of Microplastics Found In Molluscs: Study